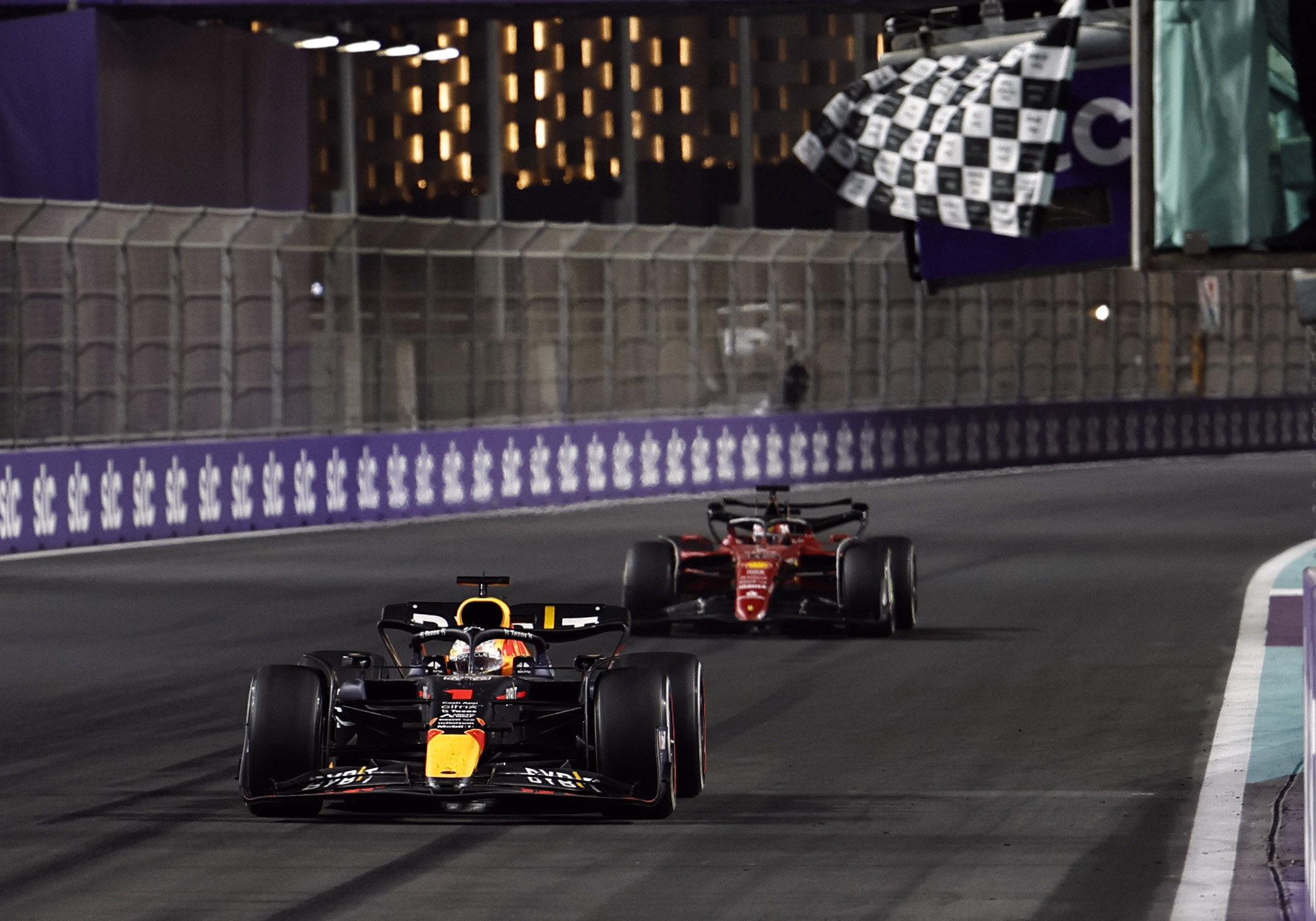 There was plenty of hype about the new Formula 1 regulations coming into the 2022 season which were set to create more exciting racing and potentially turn the pecking order.

The return of ground effect, simplified bodywork and restrictions on where the teams could implement their own design and developments, were meant to give us a better show.

You may look at this year’s title race, to see how Max Verstappen and Red Bull wrapped up both championships with three events to spare, and think that was a dull season, the new regulations didn’t work. Think again.

Overtaking and close racing has been difficult in F1 for decades. It has only got more difficult since the cars got wider from 1.8 metres to 2 metres in 2017.

Usually in modern F1, you need a tyre difference to see wheel to wheel action at the front of the pack, but in 2022 there have been some stunning pure battles for the win.

There may not have been as much excitement in the final third of the season as Red Bull outdeveloped Ferrari, who also made mistakes which saw their title challenge fade away.

Think back to the opening two races though – the Bahrain and Saudi Arabian Grand Prix.

Verstappen and Charles Leclerc gave us two thrilling duels, showcasing supreme skill with a mixture of clever driving, late lunges and moves around the outside and down the inside. It was spectacular, the very best of F1.

Big credit here must go to Pirelli for producing a great structure of tyre that has allowed the drivers to push and worry less about overheating. If you think you heard less about drivers moaning about tyres this year, you are right.

The key to the better racing has been the cars can follow each other more closely.

F1 intended to reduce the loss of downforce for a car following another from 50 percent to 10 percent with the new regulations.

It appears F1 got very close to their target as rather than struggling with understeer and loosing grip at around two seconds behind another car, the effect of dirty air seemed to only have an effect at around 1-1.2 seconds adrift of the car in front.

This means it’s easier to get into DRS range which is, ultimately, what gives us overtaking.

“Definitely the racing improved,” Verstappen said. “Some tracks are a little bit better than others but on some tracks it’s just very difficult to pass anyway, doesn’t matter what car you use.

“But I think that has been the main target anyway. And, of course, there are always things that can be improved further: the ride of the cars, you know, they’re very stiff at the moment and bouncing around a bit – but I think overall, the rules have been pretty good.”

Little change in the pecking order?

Those who say the new regulations didn’t work may point to the pecking order which saw Red Bull and Mercedes still at the top, with the former dominating some races.

They were of course joined by Ferrari and then there was generally a big gap to the midfield.

It wasn’t exactly a 2009 season when Brawn and Red Bull suddenly surged to the front of the field while McLaren and Ferrari dropped.

However, it’s impossible to create a set of regulations in F1 which guarantees a close field. It would completely change the landscape of the sport, taking away genius engineering and ideas.

These rules need to be judged on the racing rather than how close a championship is. If one team goes on to dominate over the next few years, give credit to them, don’t blame the technical regulations.

Ross Brawn, who played a significant role in making the 2022 F1 regulations, says the “icing on the cake” would be to have more teams battling at the front.

“The cars will evolve now, we’re going to make sure that they don’t move away from that [the key principles that allow them to race closer together],” added Brawn.

“But I think now we see the rewards of taking that approach with the design of the cars, then we won’t let that go again – we’ll always make sure the F1 car can race. It’s called a racing car, and that’s what we wanted to do.”