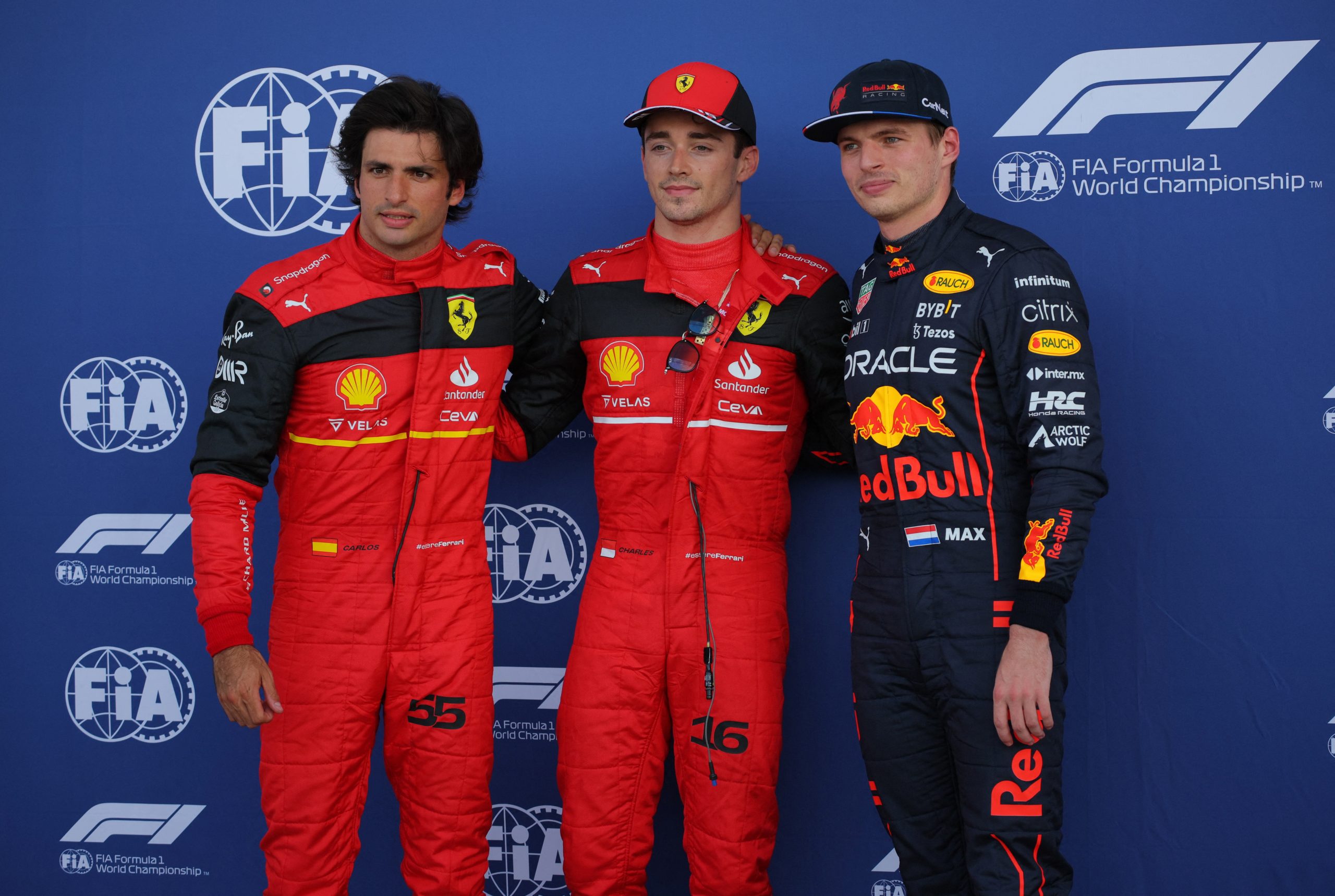 It’s an all Ferrari front row for the 2022 Miami Grand Prix, with Charles Leclerc just ahead of teammate Carlos Sainz on the front row.

The Monegasque bagged his third pole position of the 2022 F1 season at the Miami International Autodrome, and has title rival Max Verstappen in third position on the grid, after the Red Bull driver made a mistake on his final hot lap in Q3.

Sergio Perez lines up alongside his Red Bull teammate, while Valtteri Bottas pulled out a brilliant performance and put his Alfa Romeo in fifth position, just ahead of former Mercedes teammate Lewis Hamilton, who is sixth on the grid.