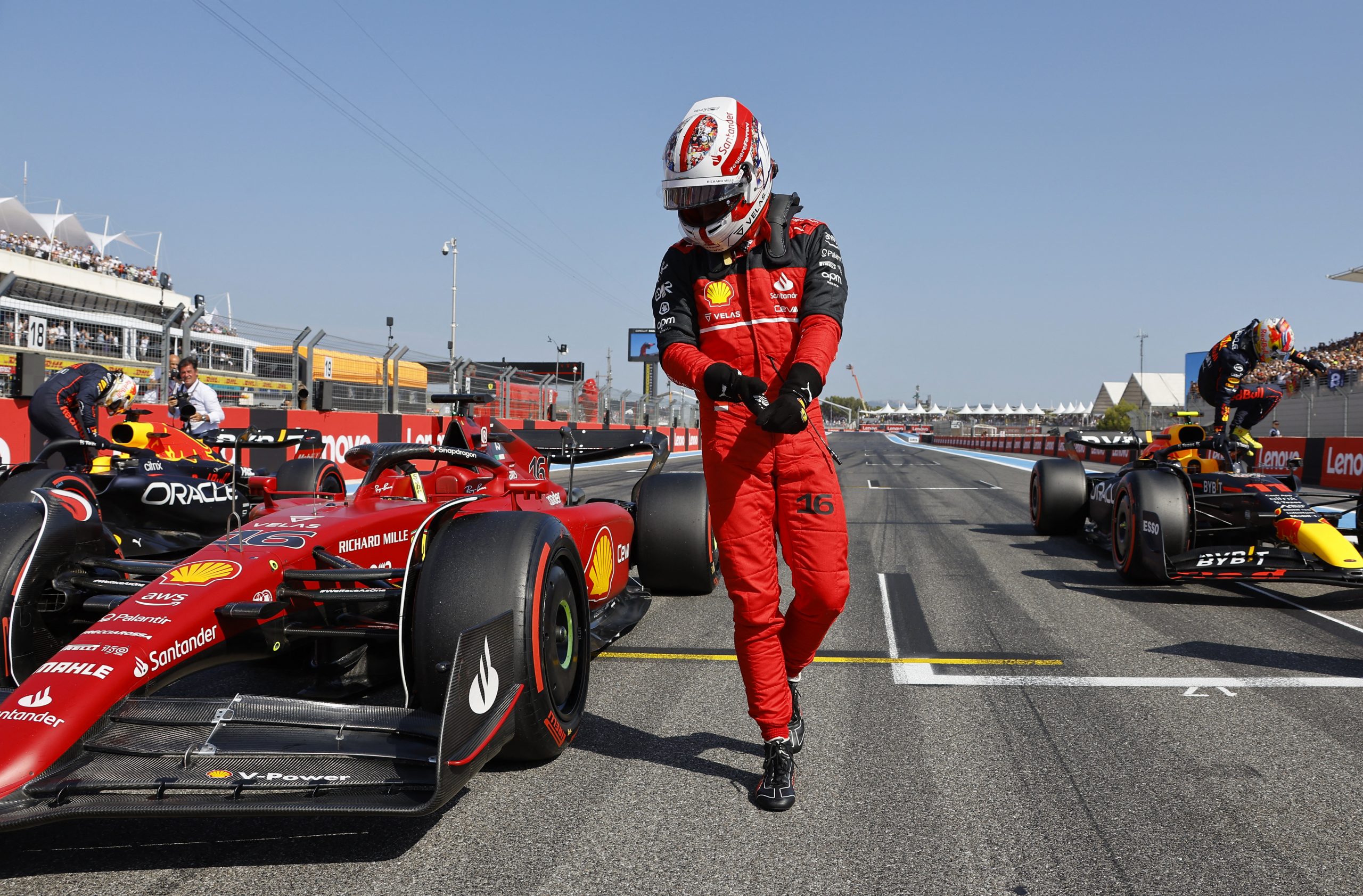 Another sensational qualifying performance from Charles Leclerc saw the Ferrari driver take pole position at the 2022 French Grand Prix, and he will be alongside Red Bull’s Max Verstappen on the front row of the starting grid.

Sergio Perez in the sister Red Bull lines up third on the starting grid, with the Mercedes of Lewis Hamilton in fourth ahead of fellow Brit Lando Norris in the McLaren.

Starting from the back of the grid are Carlos Sainz in the Ferrari and Kevin Magnussen of Haas who were given penalties due to additional engine components being used.