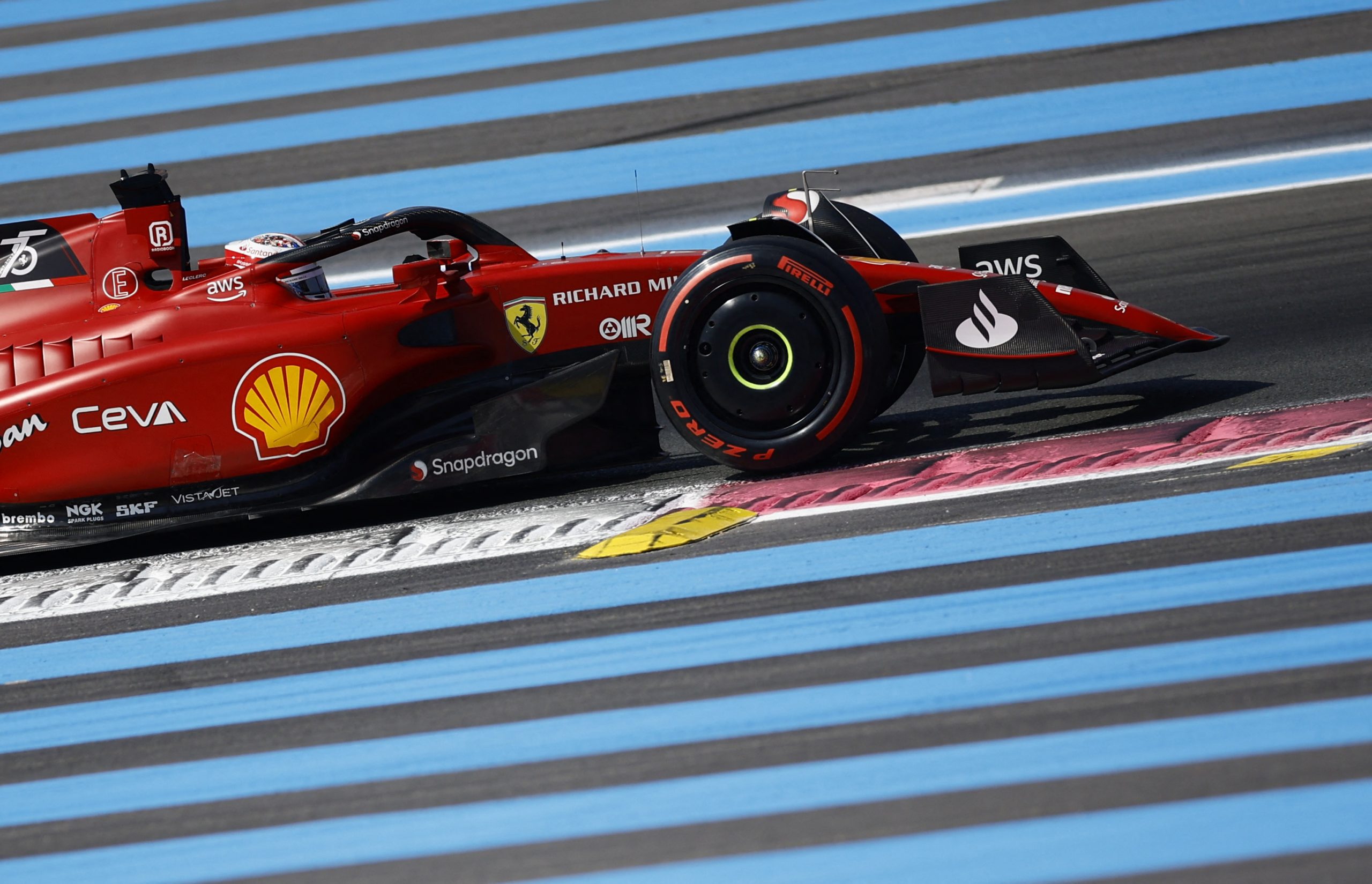 Charles Leclerc took pole position for the 2022 French Grand Prix ahead of title rival Max Verstappen in the Red Bull, though he had some help from teammate Carlos Sainz.

Sainz, who will be starting from the back of the grid, gave his Ferrari teammate a tow in both Q3 runs which put Leclerc first on the grid.

“It was a great lap,” Leclerc said after French GP Qualifying. “I’ve struggled all weekend to put a lap together but I put it in and I have to says thanks to Carlos for the help.

“It was great teamwork. I was very surprised by the pace we had. We managed to turn it around for qualifying.”

Sainz will be joined by Kevin Magnussen in the Haas at the back of the grid after taking additional engine components.