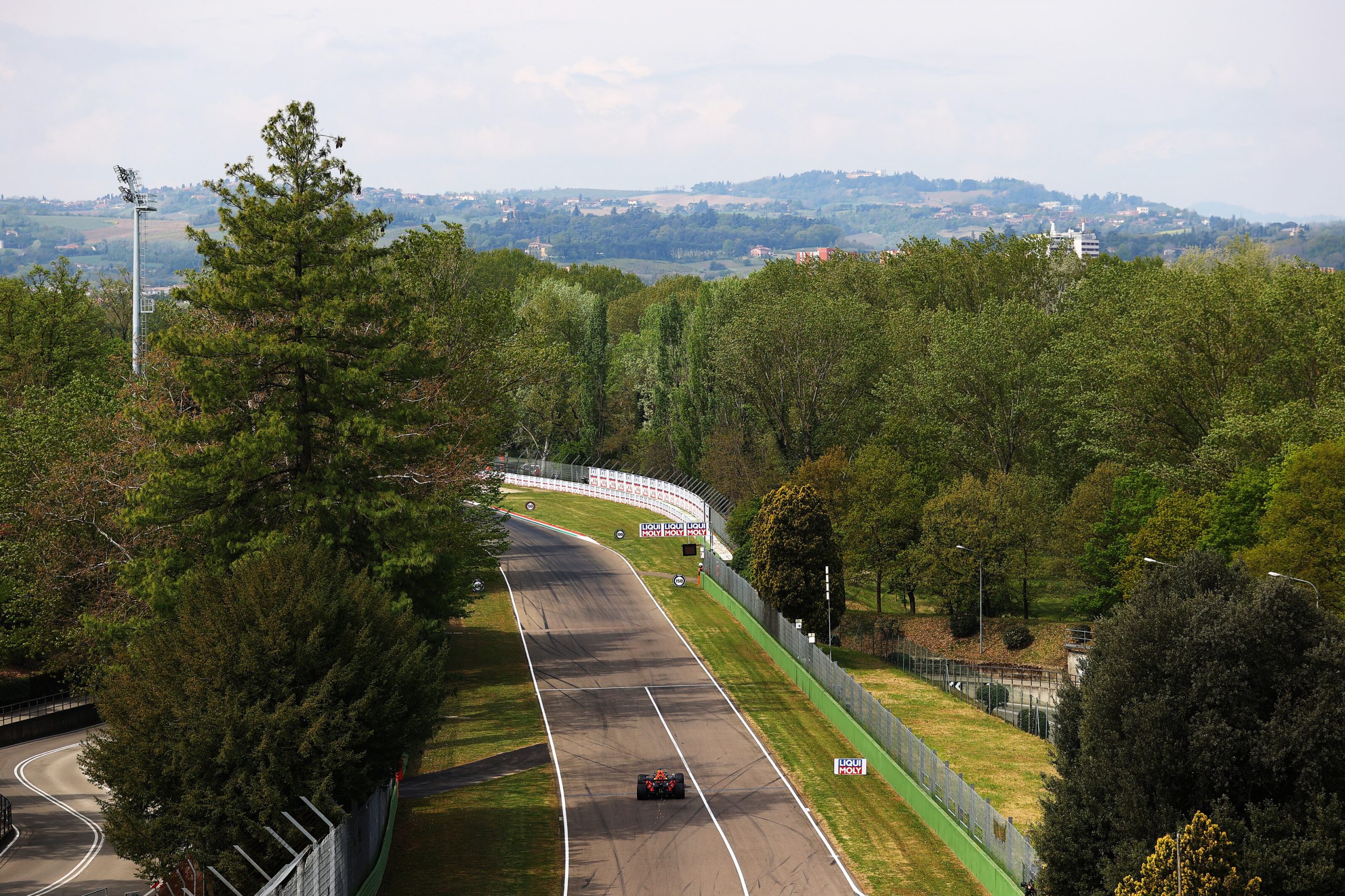 Formula 1 heads back to Imola for the 2022 Emilia Romagna Grand Prix, as the F1 European season starts, so make sure you know when the action is happening at Imola as we have our first sprint race of the season.

Charles Leclerc is the runaway leader in the 2022 F1 Driver Standings following wins in Bahrain and Australia, plus a second place in Saudi Arabia. Despite battling with Red Bull’s Max Verstappen for the most part in those Grand Prix, it is George Russell in the Mercedes who is the Ferrari driver’s closest challenger.

Verstappen, who has suffered two DNF finishes from the opening three races of the season, will be hoping his Red Bull can last the distance at Imola.

The 2022 Emilia Romagna GP will take place at Imola and will hold the first F1 Sprint of the season. As such, Qualifying will be held on Friday, the Sprint on Saturday and the Race on Sunday.

In a wet race at the the Autodromo Internazionale Enzo e Dino Ferrari in Imola, Lewis Hamilton started on pole position, just ahead Sergio Perez and world championship rival Max Verstappen, with the Dutchman driver edging ahead of his Red Bull teammate and the Mercedes man at the first corner and drove off into the distance to claim victory.

Hamilton endured a tough race and overcame damage to his front wing early on to pip Lando Norris’ McLaren into second place. George Russell and Valtteri Bottas were involved in a 200 mph crash at the entrance to Tamburello chicane with a red flag being brought out as a result. Both drivers walked away from the incident, though were visibly angry with each other.