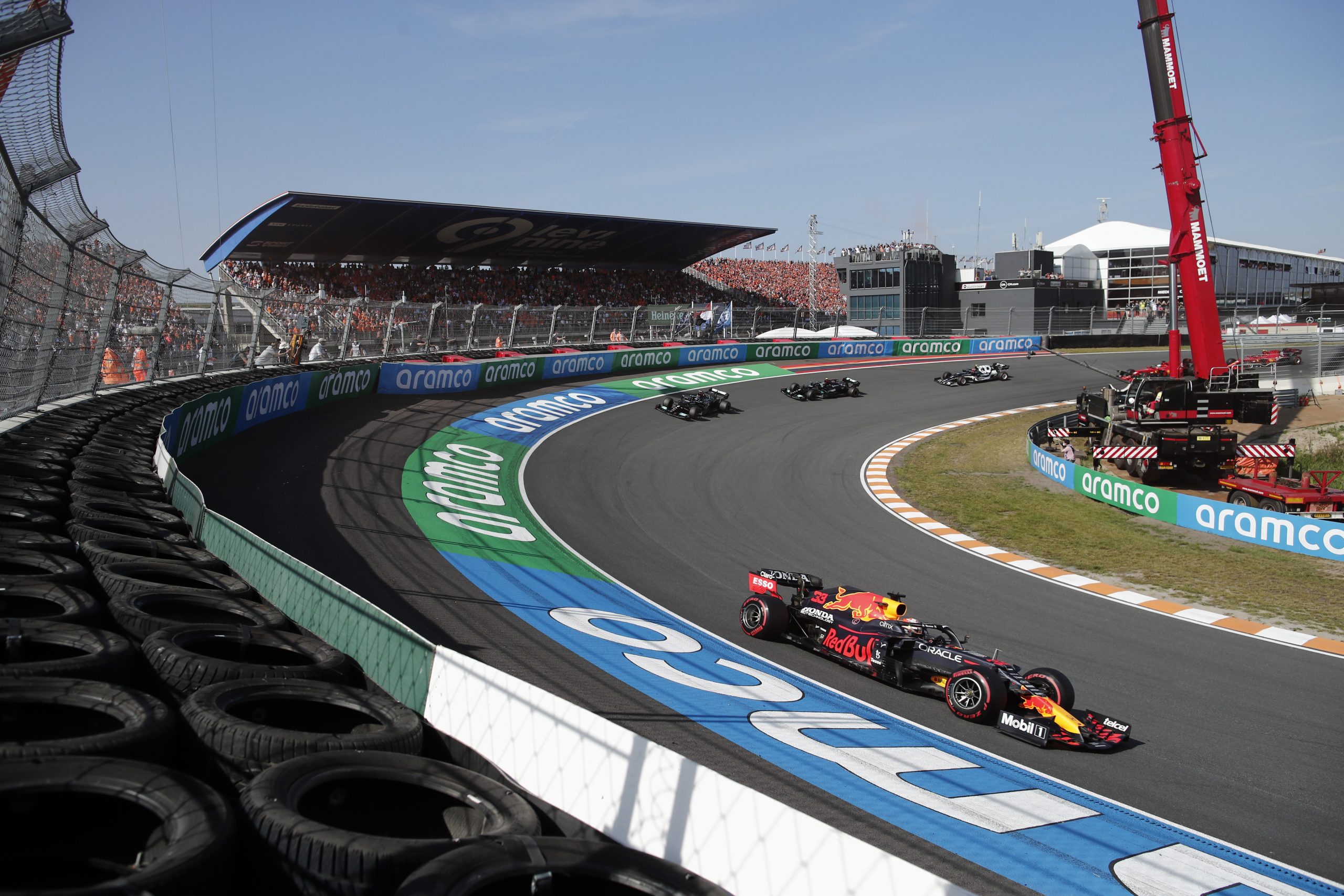 After returning to the calendar last year, Formula 1 is back in the Netherlands for the 2022 Dutch Grand Prix which is the second race of a triple header, so make sure you know when the action is happening at Zandvoort.

Situated on the North Sea coast, Zandvoort flows through the sand dunes for 4.259km and includes the two banked corners – Turn 3 and 14 – which sit at an 18-degree angle.

As expected the Dutch crowd will be firmly behind Max Verstappen, who holds a commanding lead in the Driver Standings, as looks to continue is superb form at the Dutch GP.

The 2022 Dutch GP will take place at the Zandvoort Circuit, with qualifying scheduled for 14:00 BST on Saturday, and the race at 14:00 BST on Sunday.

As the 2021 F1 title race ramped up, Verstappen scored a home victory over Lewis Hamilton in the Mercedes to re-take the lead in the Driver Standings.

It was the first Dutch GP since 1985 and fittingly Verstappen put his Red Bull on pole position, and was imperious over the 72-lap race.

Valtteri Bottas completed the podium in the sister Mercedes.