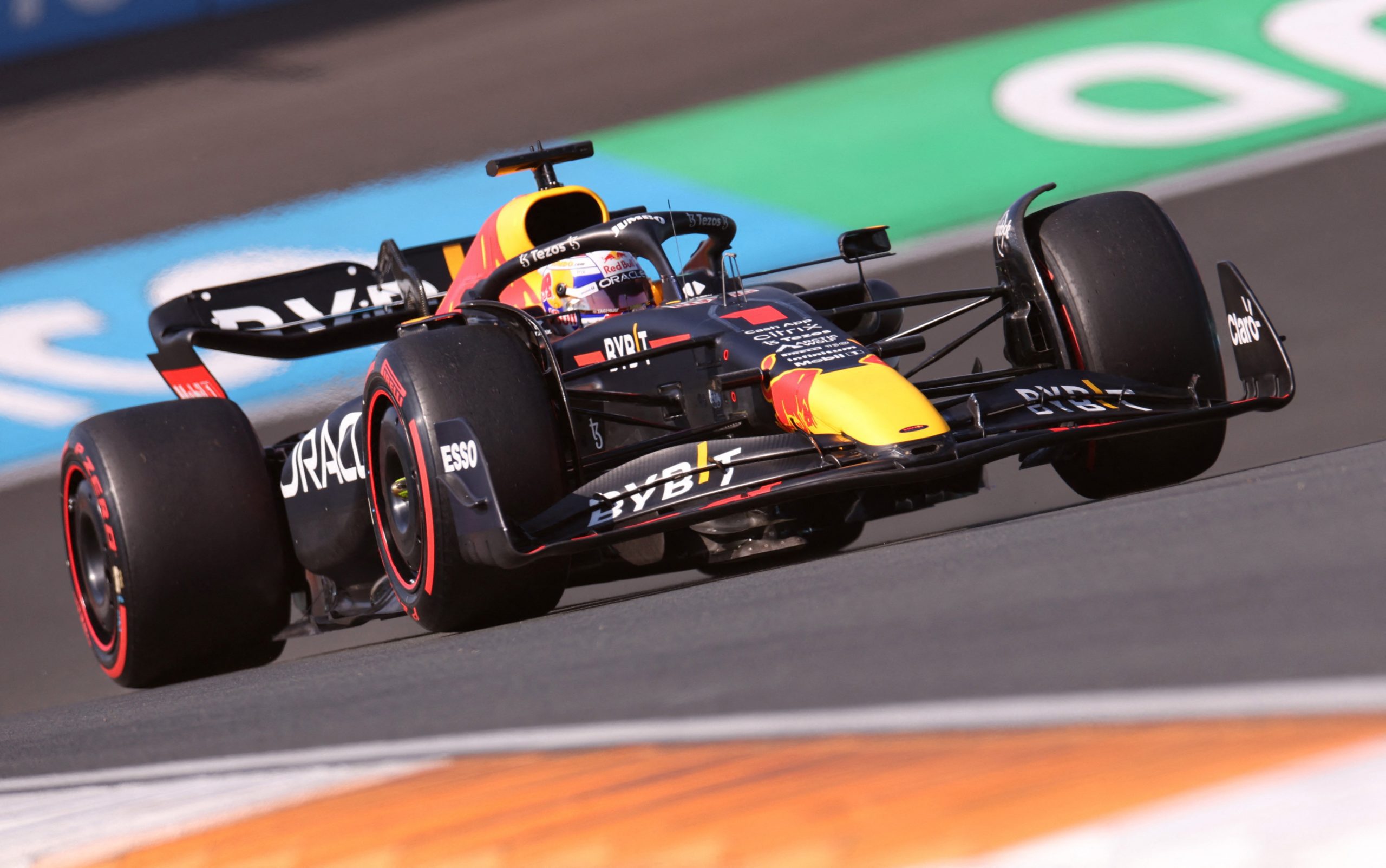 Max Verstappen secured a dramatic late pole position for Red Bull in front of his home fans at Zandvoort for the Dutch GP, edging out Ferrari’s Charles Leclerc by two hundredths of a second.

The battle for the top spot for the Grand Prix went down to the wire, with Leclerc snatching provisional pole early in Q3, but Verstappen responded to take pole position for the race for the second year running ahead of the two Ferraris.

Both Mercedes drivers looked strong and it seemed that Lewis Hamilton could have challenged for pole position, but his final lap had to be aborted after Sergio Perez spun on the exit of the penultimate corner, bringing the session to an end.

Elsewhere on the grid, it was another tough day for Daniel Ricciardo, who was only able to put his McLaren 18th in his first appearance on track after it was announced he will be replaced by Oscar Piastri for the 2023 season.

Mick Schumacher, whose spot on the grid is also up in the air amid speculation about his future in F1 after this season, responded by making it through to Q3 for the fourth time in his career, qualifying 8th overall.