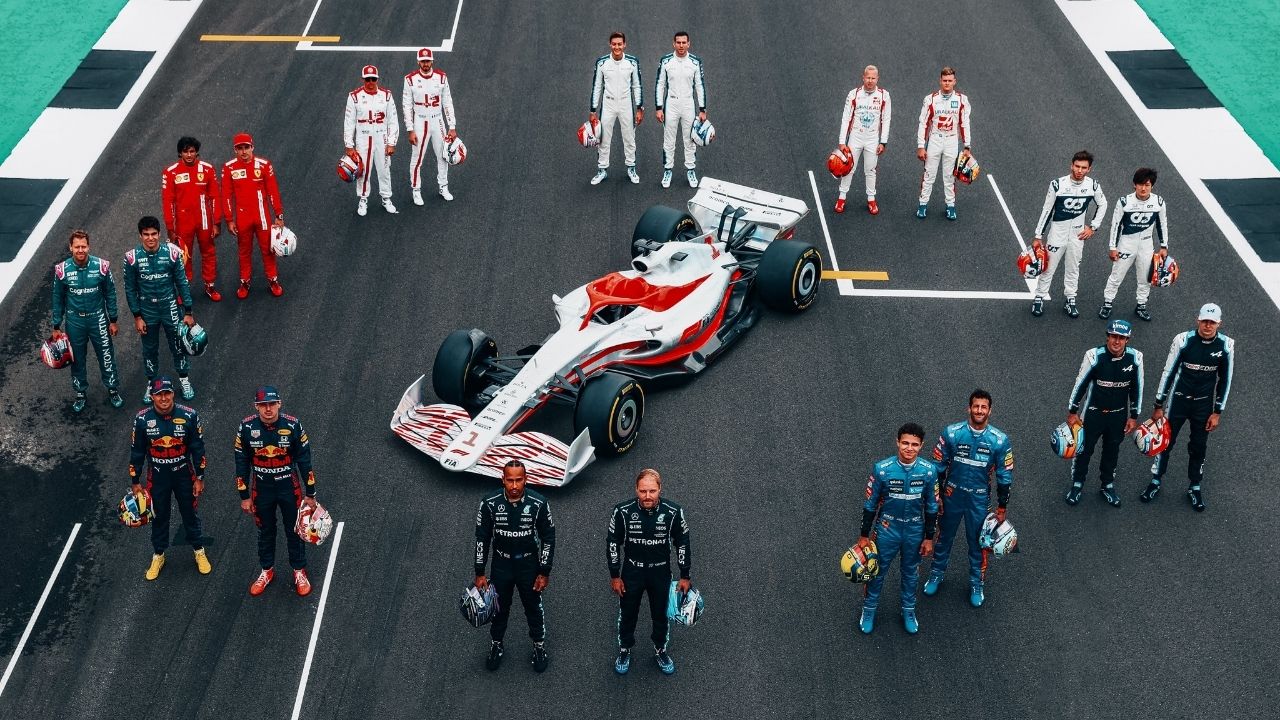 Formula 1 is set for its biggest year yet, with a record-breaking calendar and a new set of technical regulations which could shake up the pecking order.

Max Verstappen will bid to defend his title, after beating Lewis Hamilton in a controversial ending to a thrilling 2021 season.

Mercedes have won the last eight Constructors Championships and will be out to extend their unprecedented success with a ninth consecutive title.

F1 in 2022 has the potential to be another dramatic year, so you won’t want to miss a second of the action which will begin in February with pre-season testing, and conclude in November with the Abu Dhabi Grand Prix.

There will be six days of testing, with eight hours of running each day so the teams can get up to speed with their new 2022 machines.

As usual, each team can only run one car so the drivers will share the pre-season testing duties.

The first test will take place at the Circuit de Barcelona-Catalunya at the end of February, with the second and final test in Bahrain, just one week before the beginning of the season.

There are 23 events on the 2022 F1 calendar, and if there are no cancellations, it will set a record for the most number of races in a season.

The Australian, Canadian, Singapore and Japanese GP all return to the F1 schedule, after a three-year absence due to the coronavirus pandemic.

Miami will make its F1 debut in May, with a new street circuit around the Hard Rock Stadium who host the Miami Dolphins’ NFL games.

There are is just one triple-header on the calendar, with the Belgian, Dutch and Italian GP taking place over three consecutive weekends before the traditional flyaway events, beginning with the retuning Singapore and Japanese GP over successive weekends.

The Russian GP was originally scheduled to take place on September 23-25, but has been cancelled due to the country’s invasion of Ukraine and will not be replaced.

Just like 2021, the season will begin at the Bahrain GP in March with the finale at the Abu Dhabi in November.

Haas will be the first team to showcase their 2022 car when they unveil the livery of the VF-22 on February 4.

Red Bull will be the second team to unveil their 2022 challenger, the RB18, on February 9.

Aston Martin were the first team to confirm when they will reveal their car. The AMR22 will be unveiled on February 10.

Ferrari will reveal their 2022 challenger on February 17, whilst McLaren‘s MCL36 will be launched on February 11 at the McLaren Technology Centre in Woking.

Mercedes will unveil their W13 at a special launch event at Silverstone on February 18, before conducting a shakedown at the track on the same day.

AlphaTauri have announced the AT03 will be launched on February 14, whilst Alpine will reveal their 2022 car a week later.

Alfa Romeo have revealed the C42 will be formally unveiled after the Barcelona test, on February 27. It’s understood that the team will run a special livery at the Circuit de Barcelona-Catalunya.

Williams were the final team to announce their car launch plans. They will hold an online event on February 15 to showcase the FW44.