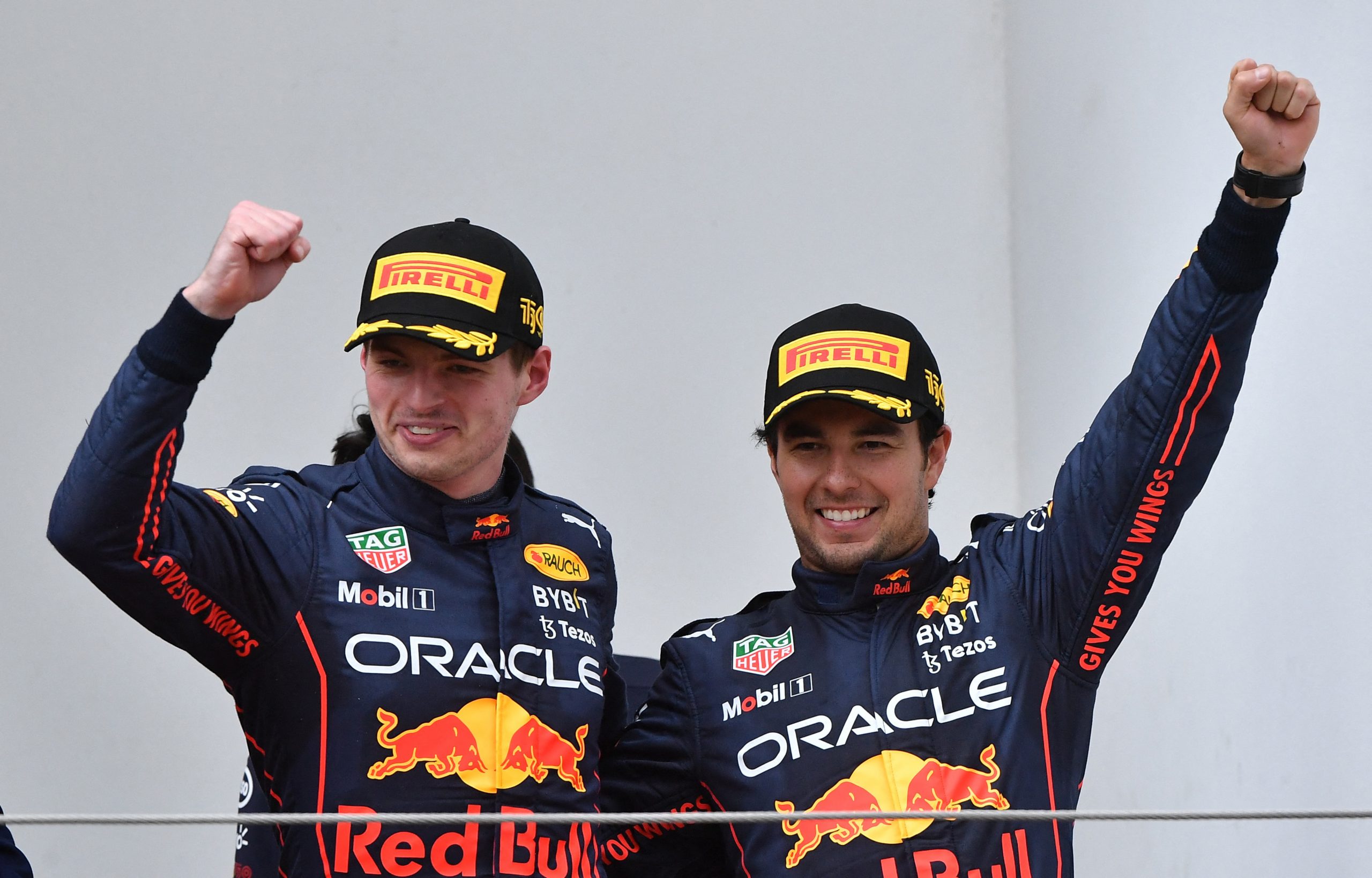 With Formula 1 teams and drivers currently enjoying the summer break, what better time than now to delve into how the battle between teammates is going so far in 2022.

While some drivers are in tight battles with their closest rivals, some, like Max Verstappen, have stamped their authority over their teammate in dominant fashion.

It explains why the Dutchman currently sits atop the 2022 Drivers’ Championship, though Sergio Perez‘ performances have helped Red Bull when it comes to the Constructors’ standings.

Which battles still hang in the balance? And which are all but wrapped up? Let’s take a look at each team.

Red Bull: Verstappen running away with it

Verstappen’s dominance in 2022 is even more pronounced when you compare his performance to that of Perez.

Even though the Mexican managed to take home a famous victor in Monaco, his lone victory doesn’t compare to the eight times the Dutchman has taken the chequered flag.

That dominance is even more apparent when looking at qualifying, as Verstappen has outqualified his teammate 10-3.

Nevertheless, both drivers have combined for 16 podiums, which explains why Red Bull are running away with the Constructors’ Championship.

Ferrari: Leclerc holding on to his advantage

Charles Leclerc still holds a 22-point advantage over Carlos Sainz, but the numbers show the battle between the two Ferrari drivers is actually closer than one might think.

The two are split evenly in terms of who’s come out on top at more races, while Sainz has even managed to finish on the podium (6-5) on more occasions.

However, the difference between the two is quite clear when it comes to qualifying and victories. Leclerc has proven almost unbeatable on Saturday with seven pole positions to his name, while he also holds a 3-1 advantage when it comes to victories.

After years of getting the better of Valtteri Bottas, Lewis Hamilton is being put to the test by new teammate George Russell.

Mercedes aren’t having had the kind of year we’ve come to expect from the Silver Arrows, but nevertheless, the seven-time World Champion is struggling to assert himself within his own team in 2022.

Russell‘s great start has helped him earn more points so far, while he holds the slight advantage when it comes to race and qualifying position. Not to mention he has Mercedes‘ lone pole of the 2022 season so far.

As for Hamilton, his recent run of five consecutive podium finishes has helped him get the better of Russell in that category. Will that carry over into the second half of the season, and perhaps propel Lewis to victory?

Fernando Alonso‘s slow start to the season put him on the back foot, but the Spaniard is starting to close the gap to Esteban Ocon.

The Frenchman currently holds the advantage when it comes to points (58-41), with Alonso‘s two DNF’s contributing to that deficit.

Both drivers have crossed the line fifth, with Alonso perhaps feeling like more was possible, especially since he started a season-best second in Canada.

While Alonso has been the better driver on Saturday, and Ocon on Sunday, expect the battle to heat up in the second half given the Spaniard’s strong end to the first half of the season (he finished higher than Ocon at three of the final four races).

McLaren: Ricciardo no match for Norris

To say Daniel Ricciardo‘s 2022 season has been one to forget would be putting it lightly.

The fact his seat for next season is under threat from Oscar Piastri shows McLaren expected more from the Australian, who trails teammate Lando Norris by a massive 57 points in the standings.

The rest of the numbers don’t look any better for Ricciardo either, with Norris holding a sizeable advantage when it comes to races and qualifying.

Even with nine races remaining, this battle looks to be as good as done.

No longer in Hamilton‘s shadow, Valtteri Bottas has enjoyed a renaissance of sorts in 2022 with Alfa Romeo.

Now the clear No.1 driver given the inexperience of teammate Zhou Guanyu, the Finn holds a sizeable advantage in all major categories.

Despite the disparity between the two, Zhou, F1’s only rookie on the grid this season, should be pleased with his performance so far.

After a strong 2021 that saw him linked with a move back to Red Bull, Pierre Gasly has come back to Earth this season.

The Frenchman holds the advantage in all major categories over his teammate Yuki Tsunoda, but that’s only been translated into a five-point advantage (16-11).

No doubt, AlphaTauri‘s lack of performance has been a key factor in that, with Gasly (110) and the team (142) unlikely to match their points haul from last season.

In what will be his final F1 season, Sebastian Vettel is showing he’s still got some fuel in the tank.

In what’s been a difficult season for Aston Martin, the German has outscored (16-4) and outqualified (8-3) teammate Lance Stroll in 2022.

Although the Canadian has managed some strong performances on raceday, he still has some work to do if he wants to catch Vettel.

After a season that saw them fail to score a single point, Haas must be pleased with how both their drivers have performed in 2022.

The decision to replace Nikita Mazepin with Kevin Magnussen has paid off handsomely, with the Dane scoring 22 points on his own. That’s 10 more than Mick Schumacher, who scored his first F1 points by finishing eighth in Britain, before crossing the line sixth at the following race in Austria.

One area the German must improve is his performance in qualifying, as Magnussen (11-2) holds a significant advantage.

Nicholas Latifi is the only driver without a point heading into the F1 summer break.

That stat alone doesn’t fully explain what a struggle it’s been for the Canadian so far in 2022. For that, you only need to look at how his performance stacks up to teammate Alex Albon.

The Thai-British driver holds a healthy advantage when it comes to races and qualifying despite this being his first season with the team.

It explains why Albon has already signed an extension for next season, and why Latifi‘s seat is under threat.