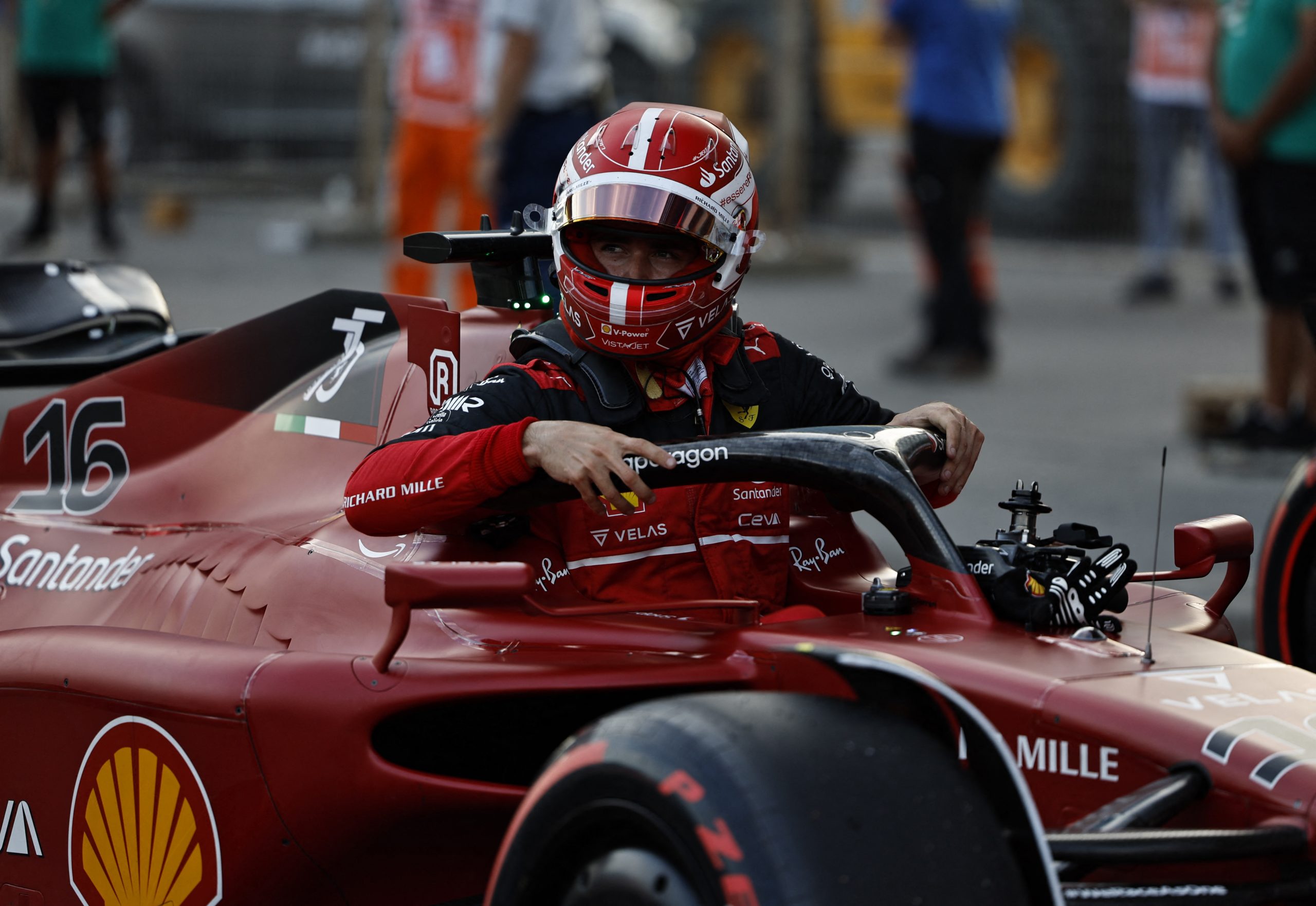 Ferrari’s Charles Leclerc took pole position for the 2022 Azerbaijan Grand Prix with a sensational lap at the end of Q3, just pipping Sergio Perez and Max Verstappen in the Red Bull cars.

The Red Bull and Ferrari cars are the class of the field in Baku and between the four drivers they traded fasted times throughout the Qualifying session in Baku. And lockout the front two rows for the sixth time this season.

The Mercedes pair of George Russell and Lewis Hamilton had their problems, and were split by Pierre Gasly in the AlphaTauri.

Lance Stroll brought out the red flag in Q1 after he hit the wall at Turn 2, which led to a traffic jam of cars at the restart and only Valtteri Bottas was able to get himself out of the elimination zone afterwards.