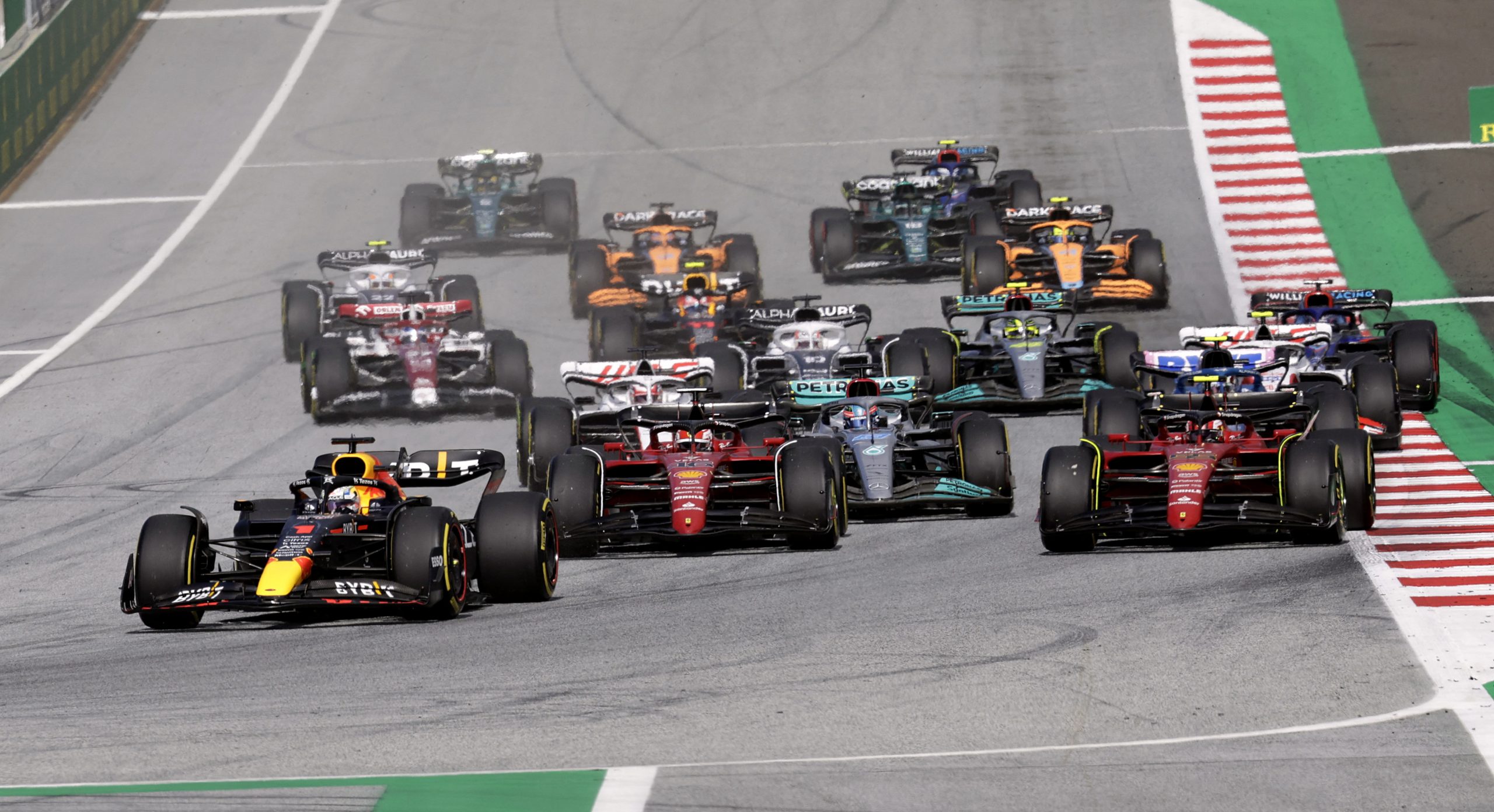 Max Verstappen cruised to victory in Saturday’s F1 Sprint, which mean he lines up in pole position on the starting grid for the 2022 Austrian Grand Prix.

The Red Bull driver put himself in first after Qualifying on Friday and led off the line in the Sprint with only a slight challenge from Carlos Sainz in the Ferrari.

That said, the Ferrari pair of Charles Leclerc and Sainz are second and third on the starting grid, followed by George Russell in the Mercedes.

Sergio Perez limited the damage from Qualifying as he moved from starting 13th in the F1 Sprint, to a fifth place grid position for the Austrian Grand Prix.