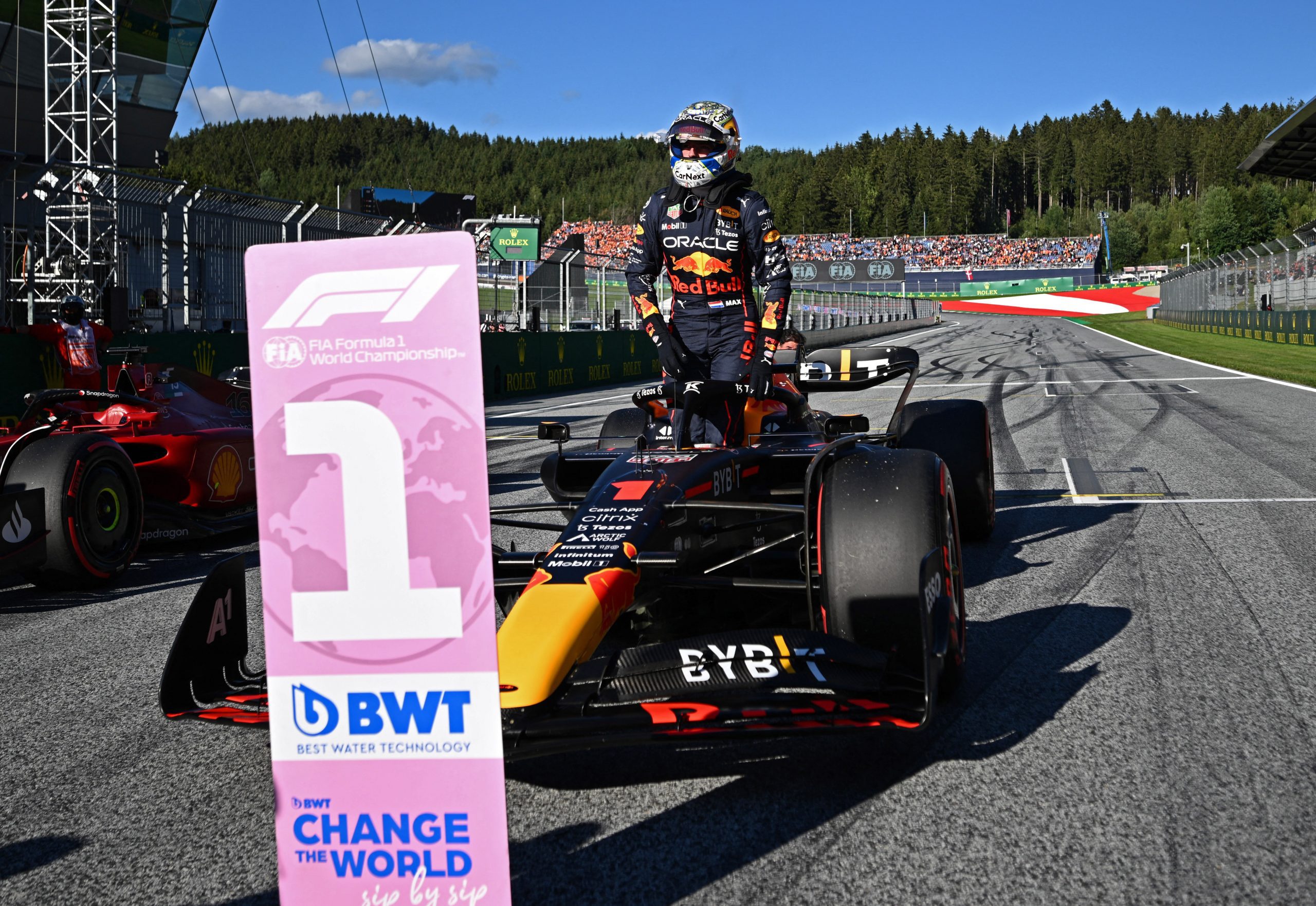 Max Verstappen emerged on top during Qualifying for the 2022 Austrian Grand Prix, meaning he will start line up first in the starting grid for the F1 Sprint Race on Saturday, ahead of Charles Leclerc in the Ferrari.

The red flag came out twice during Q3 as first Lewis Hamilton put his car into the barriers at Turn 7, then his Mercedes teammate George Russell lost it at Turn 10, with both looking quick in the session.

Red Bull had some bad news after Qualifying was over as Sergio Perez had all his Q3 times deleted and was dropped from fourth to 13th on the starting grid for the Austrian GP Sprint Race.