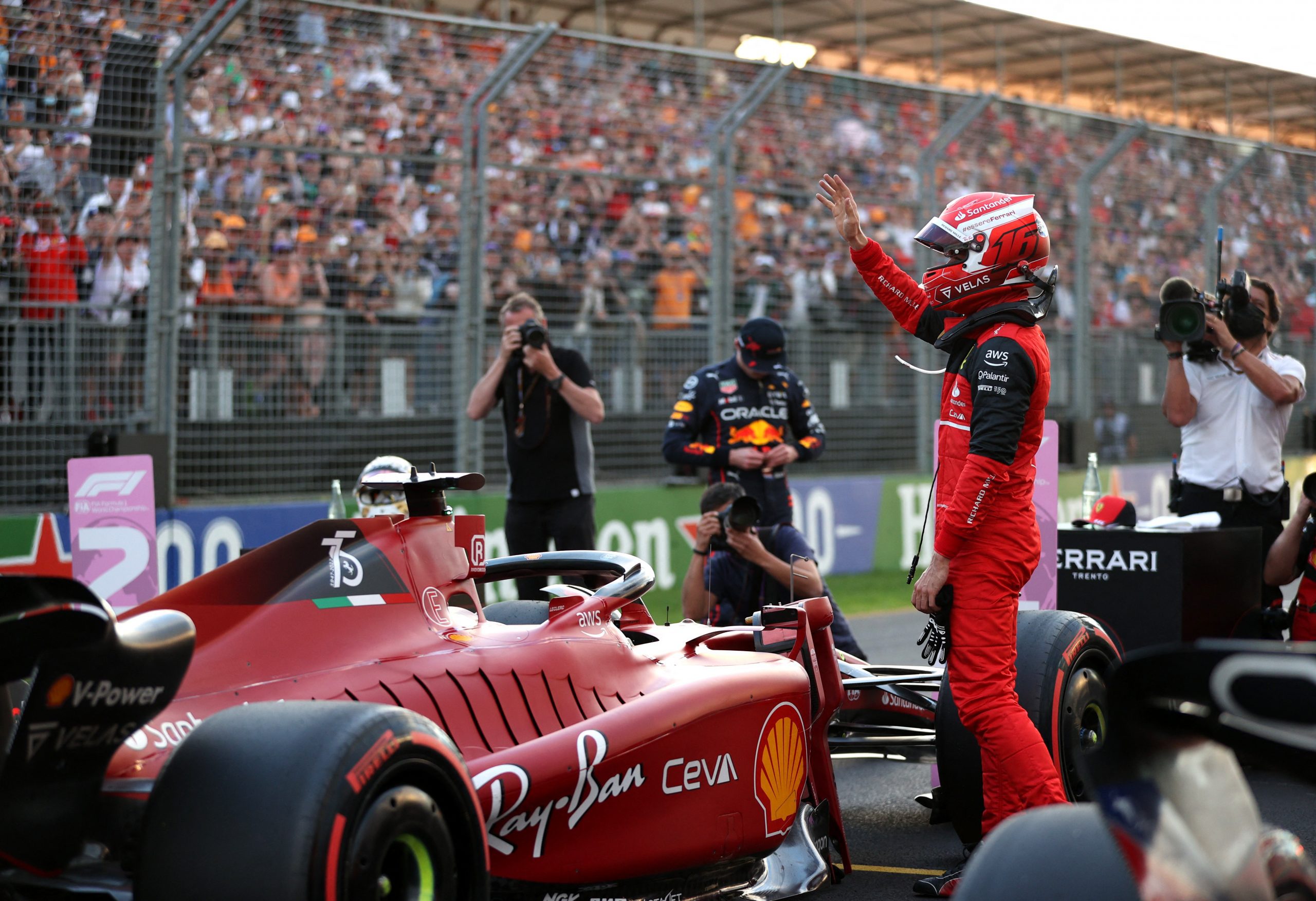 A stunning lap from Charles Leclerc saw the Ferrari driver put his car on pole position for the 2022 Australian Grand Prix, meaning he will be at the front of the starting grid with Red Bull’s Max Verstappen beside him.

The second Red Bull of Sergio Perez starts on the second row of the grid, next to the resurgent McLaren of Lando Norris. It’s an all Mercedes third row as Lewis Hamilton jumped ahead of George Russell at the end of Q3.

Fernando Alonso was left to rue his luck, and the reliability of his Alpine, as he was on a monumental lap, which would have put him in and around the battle for pole, but a hydraulic problem caused the Spaniard to crash without setting a time.