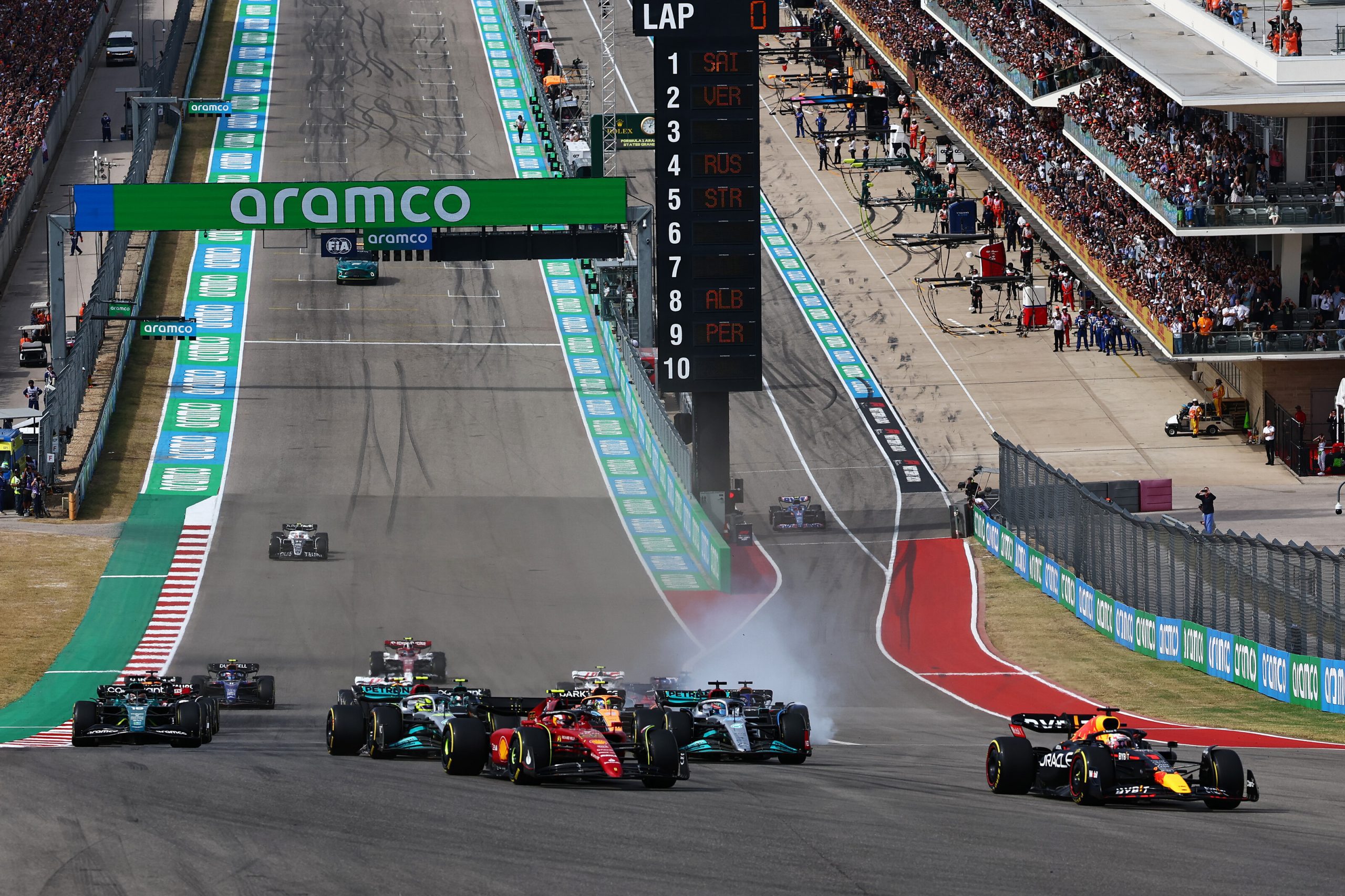 When Total-Motorsport.com reported on the financial struggles of cryptocurrency companies in the middle of November 2022, few could have imagined the drama that would follow.

On the eve of the Brazilian Grand Prix, Mercedes parted company with its cryptocurrency sponsor FTX after a week which saw a failed takeover bid by Alpine sponsor Binance.

A month later, Tezos split with Red Bull Racing stating via Twitter to the author of this article and Decalspotters that the contract hadn’t been renewed because it wasn’t in line with their current strategy.

The split from Red Bull came at a time of upheaval for the company’s foundation, with Olivier Jaillon leaving the company’s board of directors after just over a year in his post.

Next to depart was Vela after its contract with Ferrari wasn’t renewed. AlphaTauri also cut ties with Fantom later that week, becoming the fourth team to ditch crypto.

Meanwhile, the big winner from the collapse of FTX Binance faces lawsuits by French investors and an investigation by the US federal courts.

It caps off a horrific three months for crypto companies, and with the ripple effects of FTX’ collapse still being heard in the financial world, it may spell the end of the much-lauded ‘new tobacco’.

But what went wrong, and what must change to avoid another mass exodus?

Why crypto was doomed to fail

As the world slowly crept out of lockdown in the summer of 2021, Formula 1 and its teams decided to cash on the boom of the metauniverse, signing contracts with crypto companies.

The companies, unknown to most of the outside world, we’re hoping to match the success of tobacco companies that used Grand Prix Racing as a free marketing tool to promote their products to new markets.

Even with nine teams signed up and Crypto.com becoming the title sponsor of the F1 Sprint, the companies had limited advertising space, were ridiculed by fans and were even banned from the French GP.

Before FTX imploded in early November, nearly all of the crypto companies’ coins/tokens had lost over half of their value from the beginning of 2022, costing investors millions.

Couple this with the unpredictability of the markets, the somewhat illegal business practices, and the teams’ reluctance to produce NFTs; it’s no wonder that teams are already bailing out of contracts.

With hindsight, it was inevitable that the crypto love affair would end messily, but it could have been avoided if there had been more knowledge and scrutiny of these companies’ business practices and finances.

Tobacco advertising may have had its flaws, but it kept many teams afloat during the recession of the 1990s and crucially promoted F1 better than any crypto company.

Crypto’ demise also raises an interesting point in a potential change in how teams agree on sponsorship deals.

In an era where Williams and Haas went to the brink because of title sponsors who pulled out at an inopportune time, it might be wise for F1 and Liberty Media to introduce a fit and proper style board of all new sponsors.

The board would be based on football’ fit and proper person test, designed to stop unsuitable people from buying and running football clubs, protecting the game’s image.

In theory, the board would heavily examine a new sponsor’s financial records from the past 18 months, product sales and the size of their investment.

For example, if an energy drink company wanted to sponsor a team, they would need to provide proof of sales, their contracts with distributors and their finances.

Failure to provide the relevant paperwork or proof of their product’s existence and the deal would be voided by the board, with the sponsor being ordered to pay compensation.

What can the sport learn?

Although the era of big tobacco won’t be returning anytime soon, F1 need to attract new sponsors with credibility rather than a vision and a good PowerPoint presentation.

Luckily the sport is riding a wave of popularity, so attracting interest won’t be an issue but making sure that teams pick the right sponsors should be an issue that F1 and Liberty Media take very seriously.

For the commercial directors of the sport, their couldn’t be a worse image for the sport than having two or more sponsorless cars running on track or having a team scrape just enough money to participate.

By introducing the previously mentioned fit and proper test, teams will now be able to sign sponsorship contracts knowing that they won’t be signing an agreement, which will make the team poorer or at risk of bankruptcy.

As for cryptocurrency, it still maintains a presence in the sport through its sponsorship deal with Crypto.com, but the clock could strike midnight at some stage in 2023 or 2024.