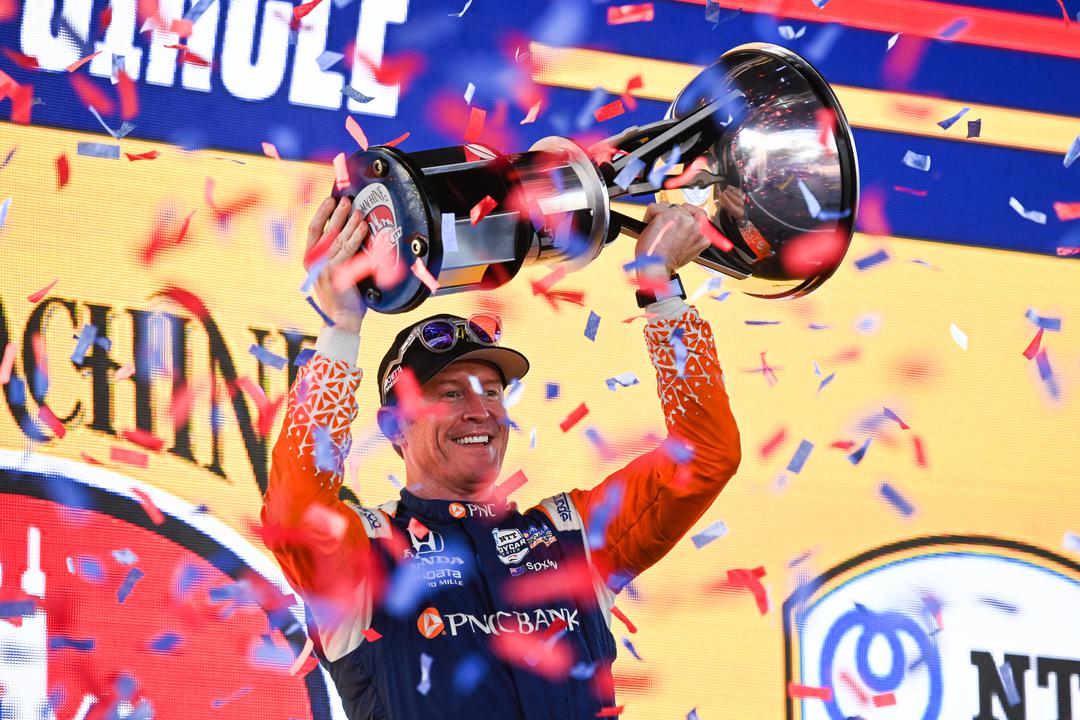 Chip Ganassi driver Scott Dixon, claimed the 53rd win of his IndyCar career with the New Zealander surpassing Mario Andretti on the all-time win list after winning the Big Machine Music City Grand Prix held on the streets of Nashville.

Dixon, who on lap 29 found himself dead last after incurring a penalty for receiving emergency service, pipped Scott McLaughlin by .106 after a red flag left the pair to battle it out for a two-lap sprint to the flag.

The race at Nashville was a crash-filled affair with the race witnessing several incidents over the course of its 80 laps. The sprint to the finish also witnessed four cars finishing within a second of each other, in what was one of the races of the season.

Dixon overcomes all odds to win

After starting 14th, Dixon was involved in an incident that saw his car severely damaged necessitating the need for repairs to his left rear wheel. Despite suffering from a damaged floor and a lack of grip, Dixon was then able to work his way through the order, keeping out of further trouble as the cars around him hit all sorts of issues.

Kudos to the team,” Dixon said after his win.

“We had a big crash there that took half the floor off the car. We had to take four turns of front wing out, so we had no grip. Nashville is so awesome.

Dixon also commended McLaughlin on a race well fought stating that he would have lost the race if it went on any longer.

“We were worried about him [McLaughlin] because I knew he would take chances,” Dixon continued.

“He kind of has to with the standings at the moment. He was super fast, as well. He had fresh tires, too. I was a sitting duck. If there had been a lap or two more, it would have been really tough to do.”

Penske’s McLaughlin was thrilled to have battled someone he always admired despite being beaten by the smallest of margins. The Kiwi, who is 13 years Dixon’s junior, also fought his way through the field on what was a great day for the country of New Zealand.

“We were alongside there across the finish line,” McLaughlin said after the finish.

“But man, we were 16th on that last pit exchange and had an awesome restart, and then the car was fast. Just fell short at the end. Congrats to Scotty. Always dreamed of racing him to the finish. That was a proper duel.”

With three races left in the 2022 IndyCar Championship, the top three drivers in the championship are separated by just 12 points. While Dixon claimed just his second win this year, his triumph in Nashville moves him to within six points of championship leader Will Power who could only manage 11th.

The next round of the championship will take place at the World Wide Technology Raceway in Madison, Illinois, with the Bommarito Automotive Group 500 presented by Axalta and Valvoline, the third from the last race of the 2022 season.