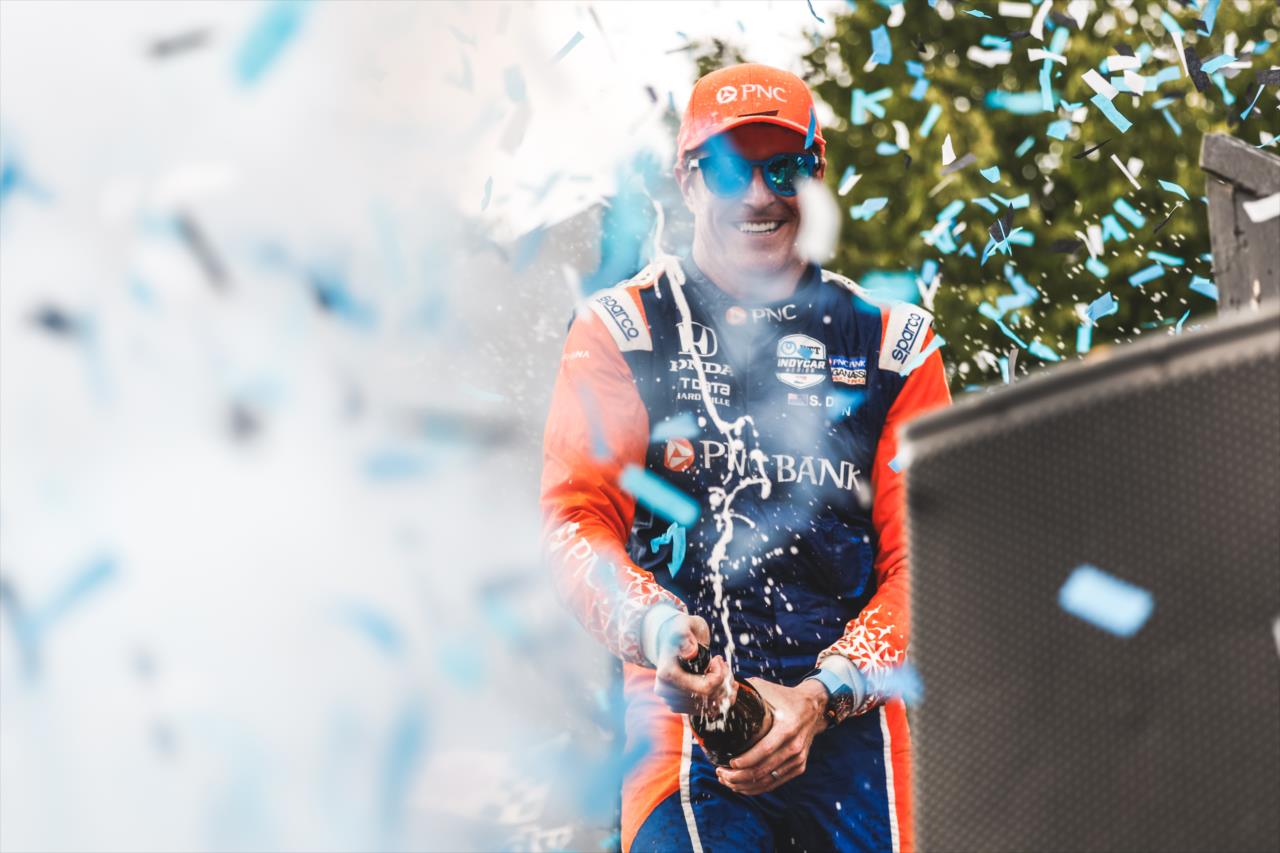 IndyCar legend Scott Dixon claimed his first win of the 2022 season at the Honda Indy Toronto race beating Colton Herta to the line by .810 of a second. The win marked Dixon’s 52nd overall in the championship and he is now tied with Mario Andretti for second in the all-time wins list.

Dixon, who started the race from second, took advantage of a shrewd strategy call from his pit wall with the Australian taking the lead of the race from Herta on lap 32. The strategy involved the Chip Ganassi driver coming into the pits on lap 17 and opting for the black primary tyres, which in turn saw Andretti bring Herta in to cover off the threat.

Dixon could then leapfrog Herta while the latter was warming up his tyres, with the pair maintaining station for the remainder of the race.

After claiming the win in Toronto, Dixon turned his attention to the larger picture with the Gannasi driver now moving into fifth in the standings, level on points with fourth-placed Josef Newgarden.

“Hopefully we’re kind of in the title hunt now,” Dixon stated after his win.

“I’m hoping this is the start of the roll. I know the team definitely deserves it. Ended a streak there, which is fantastic. Just so happy for the team. A crazy year for the 9. The PNC Bank No. 9 back in winner’s circle. It just feels so good.”

The Australian was also delighted to tie Andretti on the all-time list, though he reserved special praise for his crew members.

“To be close to Mario, every time I’m asked these questions, I’m just so thankful that we still have A.J. and him in the pits,” Dixon stated.

“We get to see them; we get to talk to them. It’s just fantastic. It’s huge, man. I just feel so lucky to be a part of this group.”

While Herta put up a brave fight, the young American was eventually forced to give up on chasing Dixon and instead focused on maintaining his second place from a charging Felix Rosenqvist.

“Felix was really fast, and I’m glad we were able to keep him behind us,” Herta said after the race.

“He looked like a few more laps, and he was going to get us. We struggled a little bit with tire wear at the end, but other than that, our car was amazing.”

Dixon’s win will see him split the $10,000 in prize money he won with his team and a charity of his choice for the victory as part of the PeopleReady Force for Good Challenge.

The IndyCar series will now head to Iowa for the Hy-Vee Deals 250 race at the Iowa Speedway.