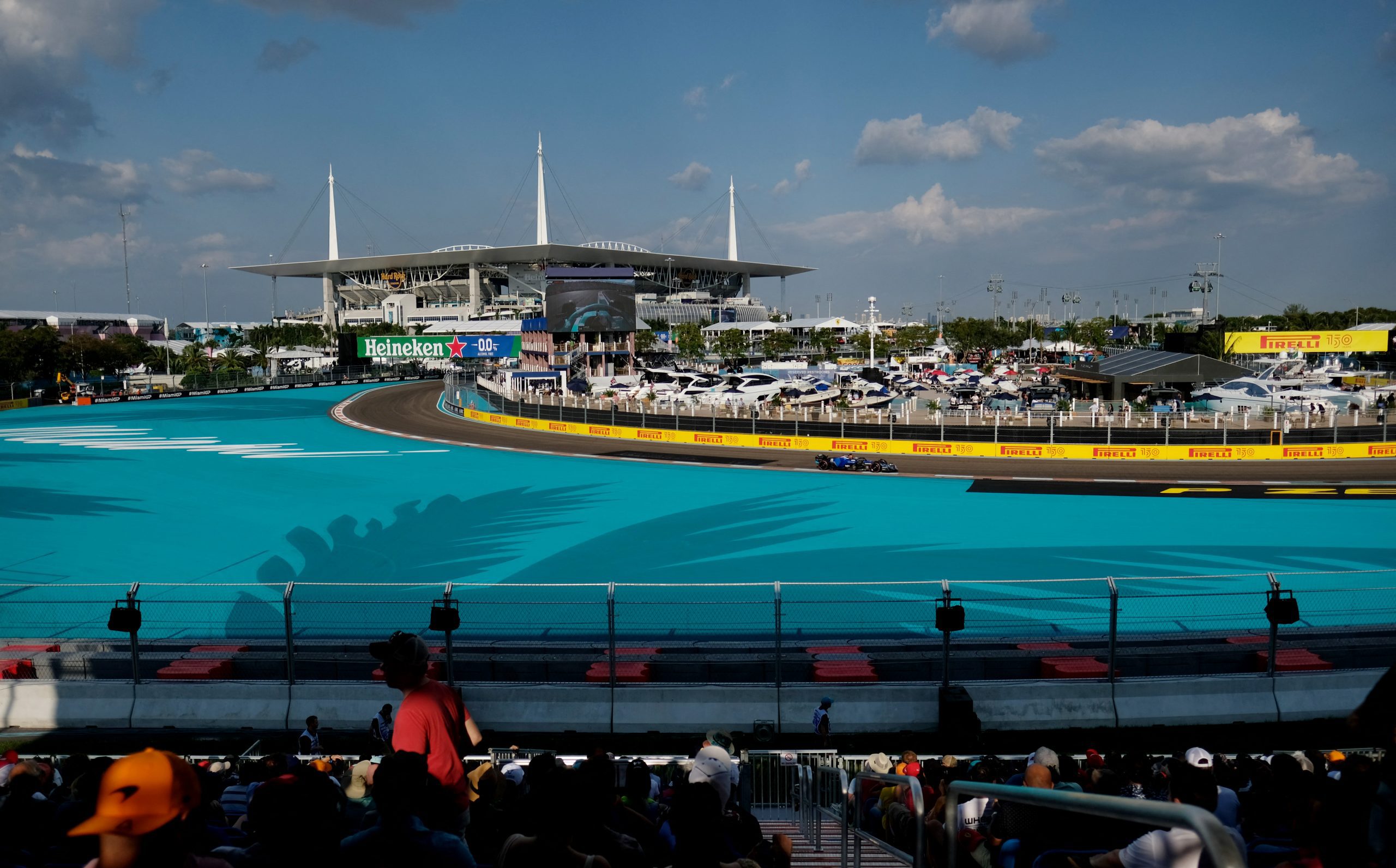 While Max Verstappen claimed his third win of the season the inaugural Miami Grand Prix, the race, on the whole, was a bit of a letdown in terms of a racing spectacle. There’s no doubt that the opening salvo between Verstappen and Ferrari’s Charles Leclerc was intriguing, but once the move was made the race petered out into somewhat of a procession after the Dutchman successfully dispatched the championship leader.

The intervention of a late Safety Car did add a flavor of excitement during the final throes of the race when AlphaTauri’s Pierre Gasly and McLaren’s Lando Norris tangled while jockeying for position. Ultimately the much anticipated Miami Grand Prix was, by and large, a letdown. Yes, the event hosted several prominent names in the world of sport and entertainment including the likes of Michael Jordan, Tom Brady, and David Beckham, however, a Grand Prix is ultimately judged by the on-track spectacle, which the Miami International Autodrome failed to produce.

Why Miami was a letdown

There’s no debating the rise in popularity of Formula 1 in the United States, driven in large parts by the success of Netflix’s Drive to Survive docuseries, but if the actual on-track action itself fails to deliver one does begin to question if the upward trend can sustain itself given that the biggest racing championship in America, NASCAR, is dominated by a wealth of overtaking and crashes during any given race.

Come 2023, Las Vegas will become the third venue in the US to host a Grand Prix. Questions have already been raised on whether the United States needs a third race and the recently concluded Miami Grand Prix will further stoke the debate given the lack of on-track excitement generated by the race.

Why COTA succeeded where Miami failed

On the flip side, the race in Austin at the Circuit of the Americas (COTA) has by and large proven itself to be a resounding success. COTA is a circuit that is loved by drivers and fans alike and has for the most part delivered from a racing standpoint over the years gone by. The biggest difference however is that COTA is a purposeful race circuit that was designed with the intent of hosting a Formula 1 Grand Prix. While Miami isn’t an out-and-out street circuit per se, one would also have a hard time justifying its characteristics as a proper race track.

Las Vegas, which will debut in 2023, on the other hand, is firmly a street circuit and a lot will depend on how the cars take to the circuit’s configuration. The Las Vegas venue will undoubtedly generate the off-circuit hype that Miami did, especially when you consider that a part of the circuit will feature the city’s world-famous strip. However, as was the case with Miami, glamour alone cannot make up for a dour race and the heads at Liberty Media would be wise to factor that the core Formula 1 fan base are ultimately racing fans first and foremost.

While it would no doubt be premature to write off the Miami Grand Prix after just a single event, if the race fails to live up to its hype for a second year running, the onus will fall on the Las Vegas Grand Prix to justify its place on the calendar.

While Liberty made the right call to capitalize on F1’s growing popularity in the States, the sport’s commercial rights holders could possibly benefit in the long run by creating a sense of scarcity on the continent.