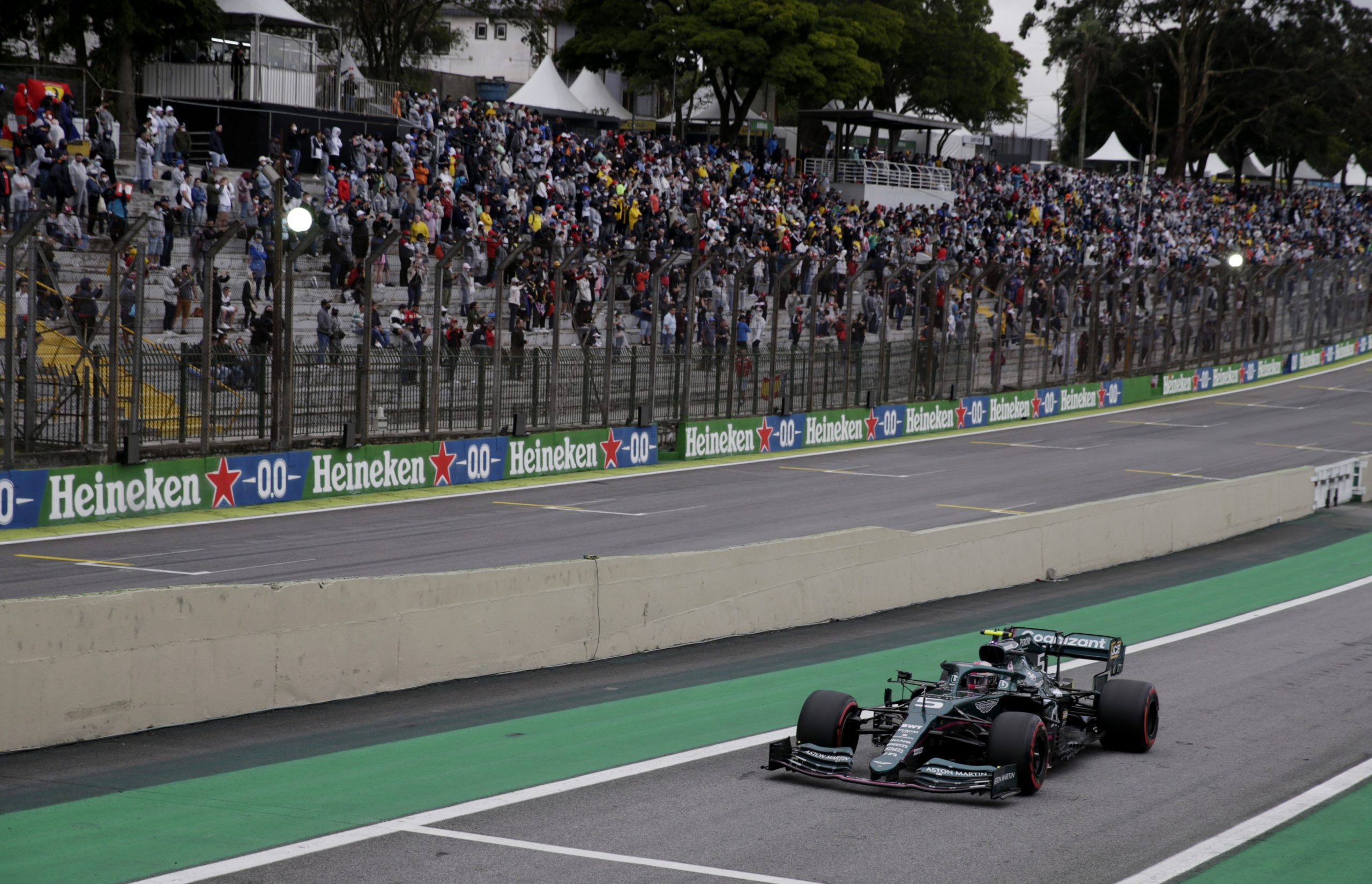 The 2021 Sao Paulo Grand Prix is poised to be a classic after yesterday’s enthralling Sprint race. While Valtteri Bottas claimed his second Sprint Race win of the season, it was his teammate Lewis Hamilton who dominated the headlines after a storming through the field to finish fifth after he was forced to start dead last for a DRS infringement.

The British driver will drop down to tenth after incurring a five-place grid penalty for an engine swap meaning the reigning world champion will have to deliver a special performance if he is to close the gap on his title rival Max Verstappen.

Verstappen for his part finished second in yesterday’s Sprint Race with the Red Bull driver further extending his lead over Hamilton in the Drivers’ Championship to 21 points. The Dutchman will be hoping to avoid any incidents as he inches his way to a first driver’s title.

The 71 lap race around the Interlagos circuit has always delivered in terms of excitement and this year looks set to follow in the same vein. The event was left off the calendar in 2020 due to the COVID restrictions and Pirelli predict the warmer conditions will make a two-stop strategy the quickest strategy for the teams to execute.

What do Pirelli Say?

The Italian tyre manufacturer predicts that a two-stopper with the drivers starting on the medium compound C3 tyres followed by two stints on the C4 hard compound tyre will be the ideal strategy to deploy. Pirelli based their decision by keeping the results of the Sprint Race in mind, with the Italian company noticing a greater amount of wear on both the soft and medium compound tyres.

Pirelli also determined that an alternate strategy could be to use all three tyres with the medium being used for the opening stint, the hard during a middle stint with the soft being called upon as the race reaches its climax. The tyre manufacturer also noted that there should in theory be a minimal time difference between these two strategies.

The final permutation involves a one-stop strategy wherein a driver starts the race on either the medium or soft tyre before undertaking a longer final stint on the hards.

Given that this was a Sprint Race weekend, the drivers are free to start the race on any of the three compounds.

“The extra speed of the soft tyre might have helped at the beginning, with the Mercedes of Bottas as well as the Ferrari of Sainz making excellent starts to move into the top two positions. It then became a question of managing the soft tyre in the later stages of the race, which Bottas achieved brilliantly to win Sprint Qualifying and start tomorrow’s Grand Prix from pole.

“For tomorrow, due to forecasted warmer track temperatures, we’re expecting what should, in theory, be a two-stop race with all compounds able to play a role. With both soft and medium compounds used extensively during Sprint Qualifying and many teams splitting their strategies, there will be plenty of data to analyse tonight.”