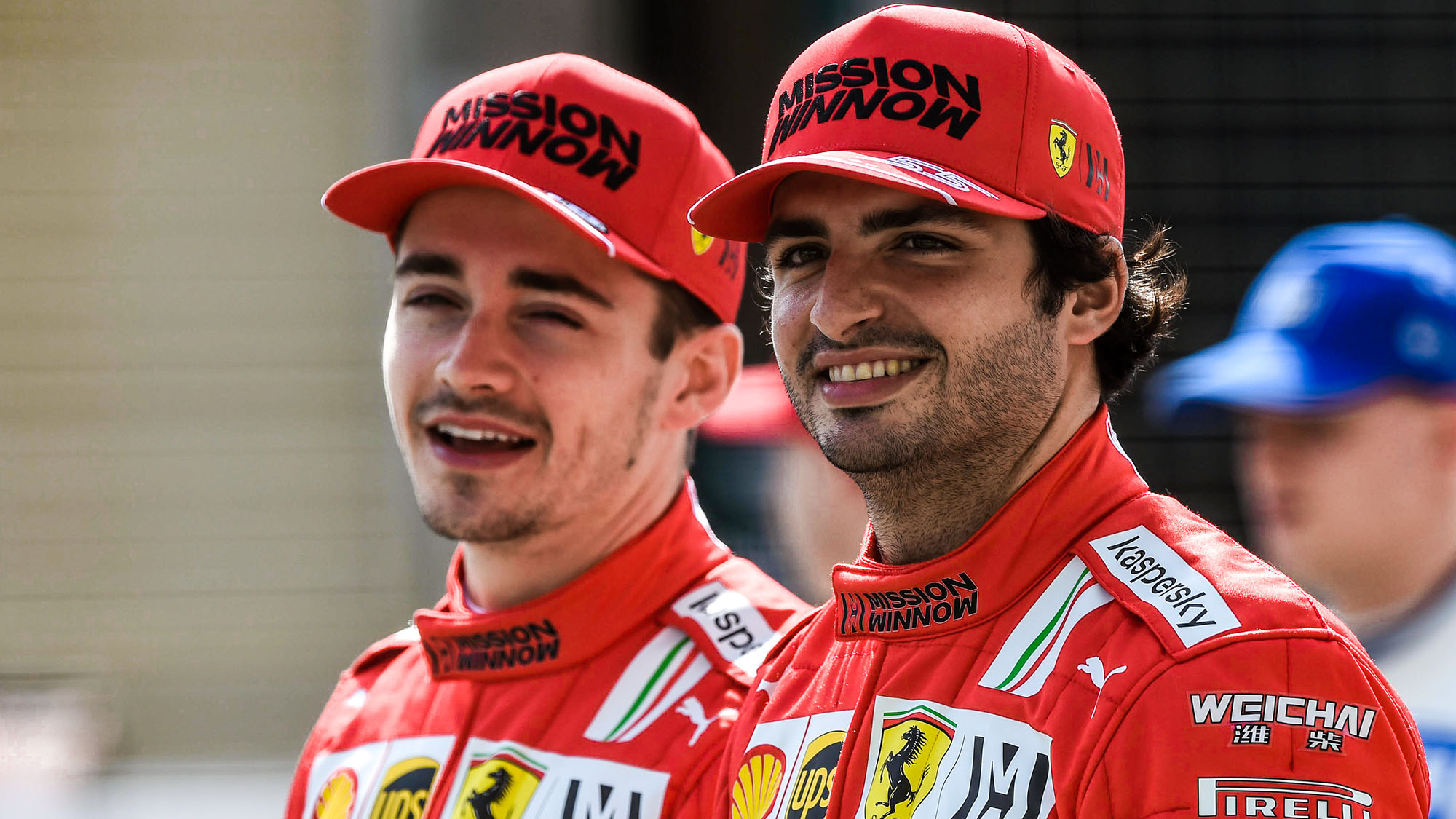 Life at the Ferrari Formula 1 team is rarely straightforward, yet the 2020 season was a time of incredible tension, even by their standards, as Sebastian Vettel’s time with the Scuderia came to an unpleasant end, yet just a few short months later and Charles Leclerc cuts a carefree figure as he details the positive relationship he now has with teammate, Carlos Sainz Jr.

Now, this isn’t to say that Vettel and Leclerc were enemies by the time the 2020 season ended, but there was definitely driver-tension within the team, especially as Vettel’s car started to have even more reliability issues than his teammate.

All of this wasn’t helped by the dramatic and disastrous crash between the two Ferraris at the Styrian Grand Prix where Charles Leclerc misjudged a corner and ended up mounting the back of Vettel’s SF1000, causing a double-retirement and a pointless weekend for the team.

“The relationship is very good,” Leclerc detailed on the Beyond the Grid podcast.

“We are similar in many ways, we have similar interests like chess and golf and he has a good sense of humour, it’s easy to get along with Carlos.

“He’s a very smart guy and he really knows how to work on a weekend, he’s very good at building a car for himself from the first free practice to the race, he doesn’t look at lap times until it is necessary, he’s very consistent.”

This praise is a far cry from the curt words that the Monaco-born driver had for Vettel last season, and this newfound level of harmony is manifesting itself in good performances on track for the team.

Ferrari are focused on getting back to the front of the grid and they are eyeing the 2022 regulation change as a perfect opportunity to do just that, and there is no better situation to move into a new era with than with a driver duo that are competitive and helpful with each other in equal measure.