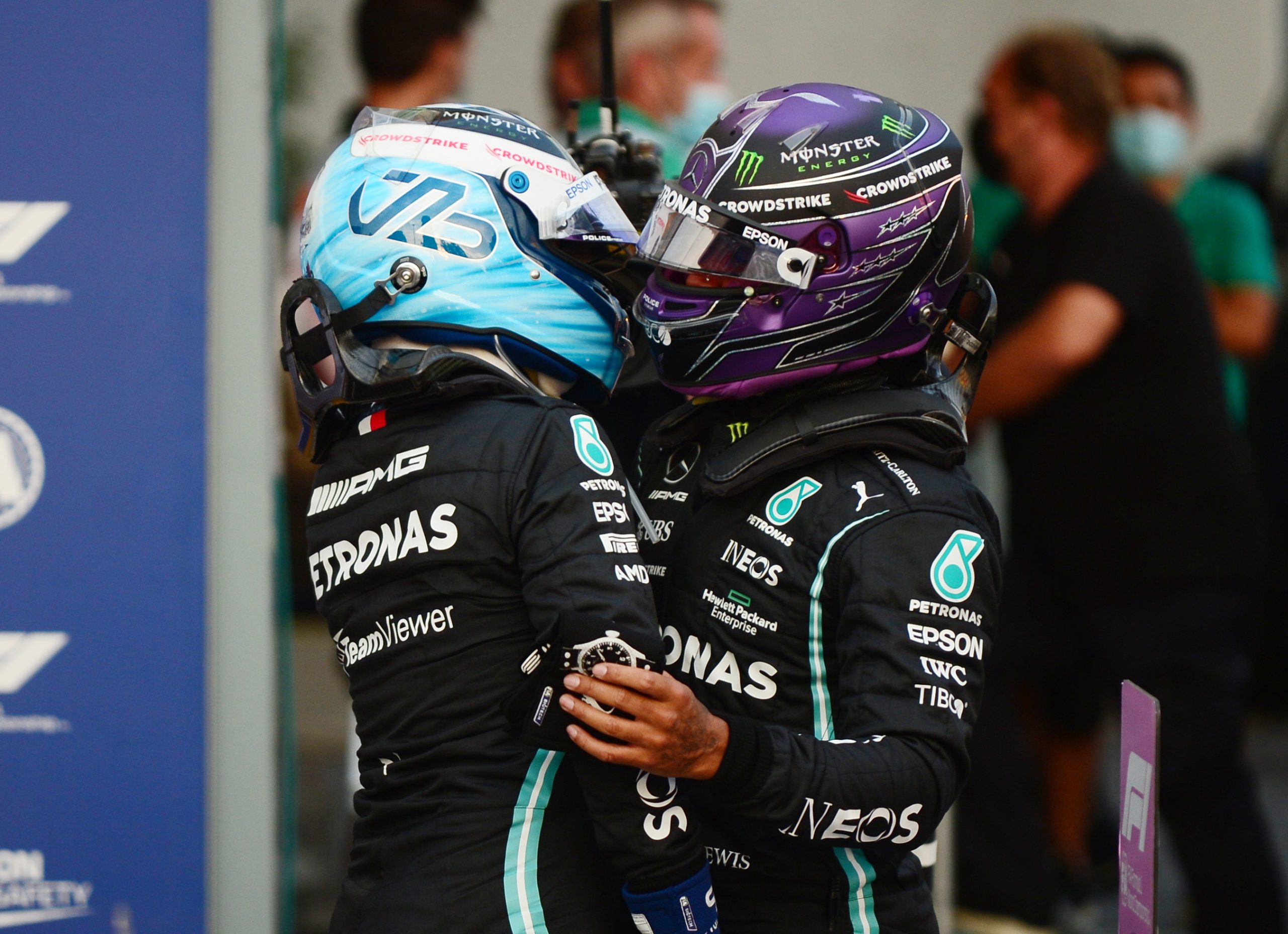 In a week where Valtteri Bottas announced he was leaving Mercedes, the Finn pulled out a stunning qualifying lap to take pole position for the 2021 Italian Grand Prix sprint race,  just ahead of teammate Lewis Hamilton and 0.411s in front of the Red Bull of Max Verstappen.

The one downside for Bottas is that he will start the race on Sunday from the back of the grid after replacing his power unit components. So Mercedes will be hoping that he can take a couple of points off Verstappen on Saturday.

“That qualifying lap was nice, it feels so good when you get a nice lap, it was nice to get a tow finally,” Bottas said after qualifying. “I feel good, relaxed and everything is sorted for the future. The car feels so good, focus on tomorrow’s sprint race and try to take maximum points and see what we can do on Sunday.”

Elsewhere on the grid, both McLarens impressed, as did Pierre Gasly in the AlphaTauri, putting his car sixth on the grid for the sprint. Meanwhile, Ferrari pair Carlos Sainz and Charles Leclerc were seventh and eighth, with the former having issues with his power unit.

Lando Norris and Daniel Ricciardo found some serious pace with the McLaren, with the Brit finishing qualifying 0.023s behind Verstappen in third, and that came after a poor practice session which saw Norris end in 12th place. However, he did have a quick lap time deleted for exceeding track limits.

Norris though seemed to have his car hooked up for qualifying as he put the car in third during Q1 and Q2.

Ricciardo was also pleased with his result in qualifying, especially given he has struggled to get to grips with the McLaren all year, so finishing just 0.006s behind his teammate will be pleasing, but also tough to take given the small gap.

Monza antics are back

On more than one occasion the drivers were playing a game of Mexican standoff as they looked to get optimal position, and thus slipstream, in qualifying. Things were particularly bad in Q1 with 20 cars on track at the same time, so much so that both Verstappen and Gasly were veracious in their displeasure at the queues formed on track.

It’s understandable from the drivers’ point of view given that the slipstream can shave around 0.7s off a lap time around Monza, and even though the cars had to keep to a time of 1:40.000 between the two safety car lines, it seemed to matter not.

After the qualifying session, Red Bull team principal suggested the only real way to stop it would be to have each driver go out individually and set a time. But the likelihood of that happening it null to zero.