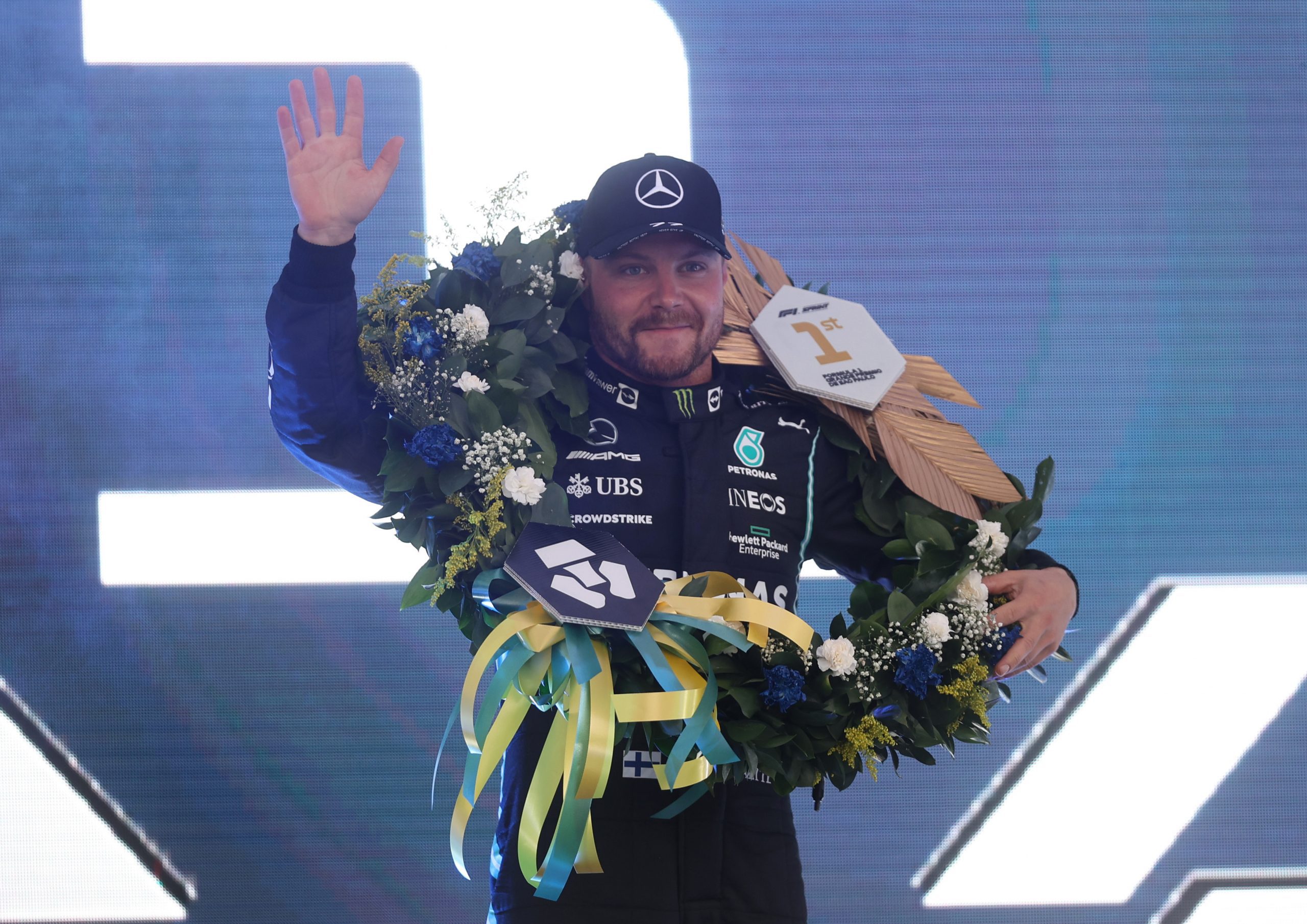 A heroic performance from Valtteri Bottas saw the Mercedes man beat out Max Verstappen to claim victory in the sprint qualifying for the Brazilian GP.

The Finn’s lightening quick start saw him pass the Red Bull of Verstappen, who was on pole, and take the lead coming out of Turn 1. The Dutchman for his efforts blamed his poor start on the gears not synchronising.

Nevertheless, Verstappen increased his lead over Lewis Hamilton in the F1 Drivers’ Championship to 21 points after the Mercedes man was relegated to the back of the grid for a DRS infringement.

Hamilton though, was the star of the day as he raced through the field and got himself up to 14th place by the end of Lap 1. Then on the final lap, his best move came as the lunged in at Turn 1 to take fifth place from Lando Norris.

It was somewhat bittersweet though as Hamilton will also incur a five-place grid penalty at Interlagos after the internal combustion engine on his Mercedes was changed.

Another of the stars from Saturday was Carlos Sainz, who also had a meteoric start and launched his Ferrari into second place ahead of Verstappen. That didn’t last long though and the Dutchman regained the place. However, Sainz held off the second Red Bull of Sergio Perez and claimed third in the sprint.

Perez will be disappointed as he was able to get close to Sainz, but unable to make the decisive more and claim third place.