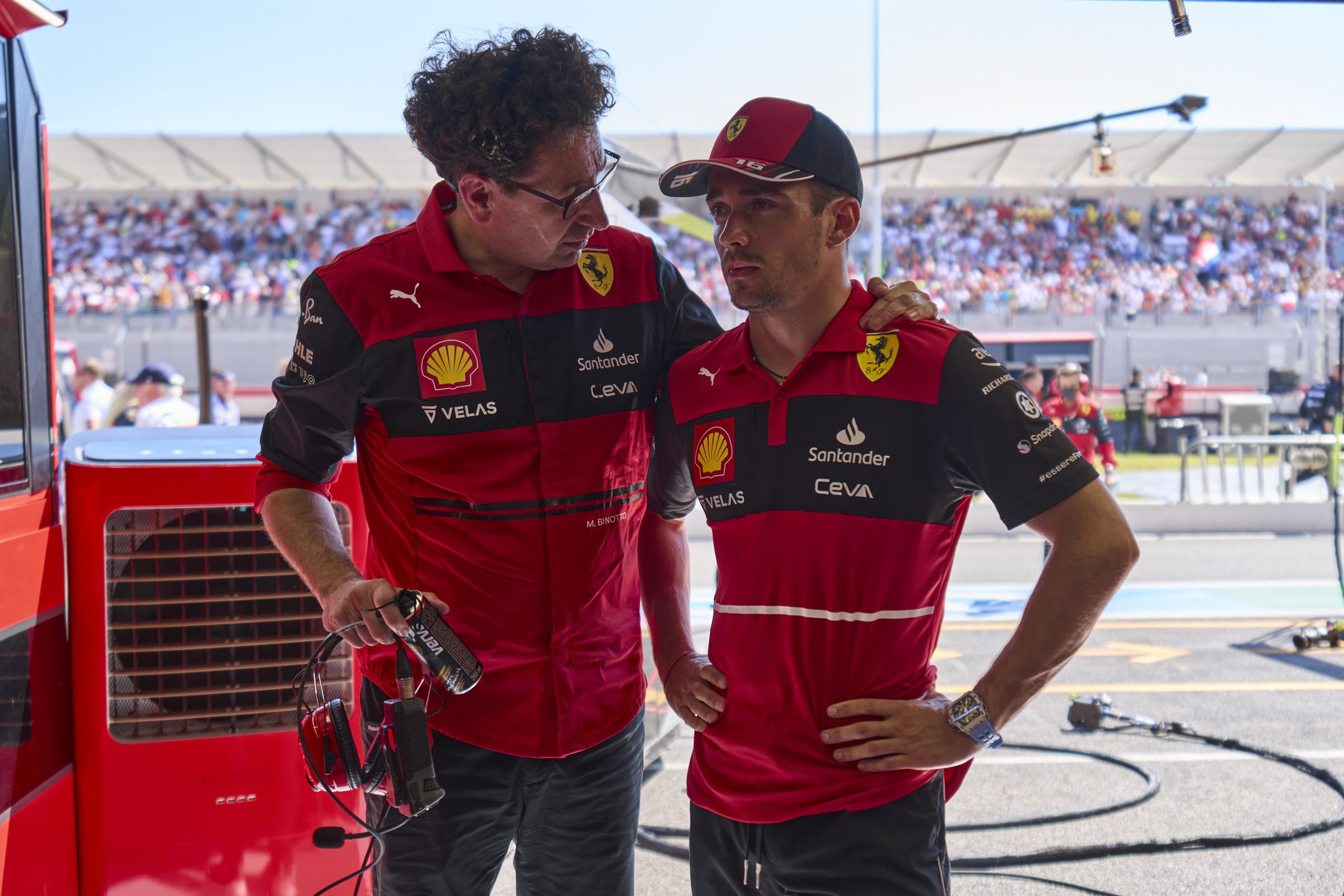 After a Charles Leclerc mistake while leading the 2022 French GP allowed Red Bull a comfortable win, Ferrari team principal Mattia Binotto feels the Scuderia have the car to win all 10 Formula 1 races remaining, which would mean winning both the Drivers’ and Constructors’ Championships.

Max Verstappen eventually won at the Circuit Paul Ricard, but not before Leclerc lost the rear end of his Ferrari at Turn 11, just after the Red Bull driver had taken an early pit stop given he was unable to pass Leclerc on track.

“At the end of the season we will see where we are, but  I think what’s more important to see today, once again, the good package, there is no reason why not to win 10 races from now to the end,” Binotto told the press.

“And I think that the way to look at this positively and I like to be positive staying. optimistic. Could something happen to Max and Red Bull?

“But I’m not counting on it, we need to be focusing on ourselves and do our best.”

Binotto was defiant as to Ferrari’s performance in France, claiming it was a good weekend for the team, even though all they took away from Paul Ricard was a fifth place finish.

“It has been a good weekend in terms of pace,” Binotto went on. “The car has proved to be very competitive, I think Carlos’ race, as well, has shown it.

“Charles got pole, and he was leading the race. I think we had an edge on the Red Bull in terms of tyre degradation by Lap 15, and Max had to stop.

“We could have and were extending the stint. We leave here with full confidence in our package, our drivers’ capacity and our speed.”

Again Binotto, hinted that Ferrari are going for a clean sweep of the remaining races in order win win both F1 titles.

“What I said to Charles, things are more complicated but not impossible,” Binotto claimed. “And simply we will enjoy more in the case that we can turn it into a victory at the end.

“We need to stay focused in each single race. If I look back at the last races, we always had great potential. It didn’t turn into the best results in terms of championship and points.

“But [There’s] no reason why in the next 10 races, that will not happen. So the potential is there. The drivers are fantastic. So I’m pretty positive.”