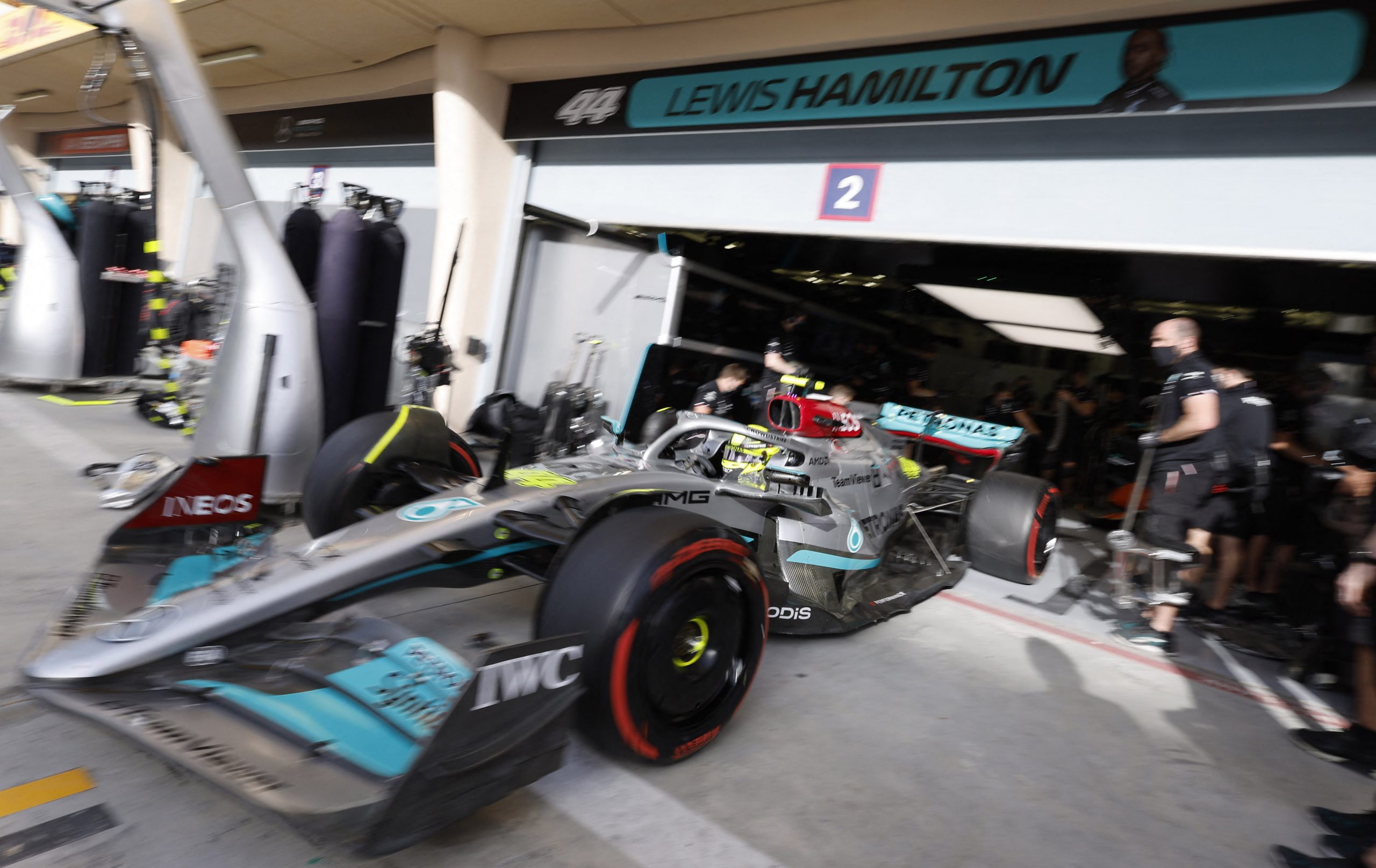 The 2021 world champion edged Ferrari’s Charles Leclerc in the second session, with Carlos Sainz in the sister Ferrari third, and although Mercedes new boy George Russell was fourth quickest, he was a over 0.5s off the pace. Hamilton himself, could only post the ninth best time.

As was the case in testing, the Mercedes looks difficult to drive and Hamilton in particular seems unable to get to grips with the car as it struggles to keep pace with the two front running teams. Porpoising and brake issues hampered his running on Friday.

“We’ve had small problems in the past relative to this year,” Hamilton told F1 TV. “We’re facing much bigger problems this year.

“Everything we do to try and fix it doesn’t change that. It appears that it’s probably going to be a longer-term fix, nothing in the short-term. We’re not bluffing like people assume we are.

“The Red Bulls are a long, long way ahead but the mindset is still to get the most out of the car.”

Meanwhile, though Russell posted a good lap time, which could suggest they have the third fastest car behind the Red Bull and Ferrari, the former Williams man was as downbeat as Hamilton to Mercedes’ chances in Bahrain.

“I think it’s clear that it’s all about lap time and we are certainly aren’t where we want to be,” Russell said on F1 TV

“I think we have made a bit of progress solving some issues, but the pace is not there at all at the moment.

“We need to go over the data tonight to understand where we are struggling on the car. We are a long way off the pace of Red Bull, Ferrari and the likes of AlphaTauri, Alfa Romeo are seemingly on our pace are even quicker.

“The long run pace is a bit more representative and we were consistently over a second off than where our rivals are. I need to look into the data a bit further to see if there is a reason for it.

“On my side we are not happy with the car. But we can find something.

“It is a bit windier than it was last week and I think that caught us by surprise. We did things to improve the car but there are a lot of factors that we are throwing at it to extract the performance we know is there. It will take time.

“We hoped to solve it this weekend but we are not in the fight. We still have a race weekend and we need to make the best of this situation. Maybe damage limitation.”