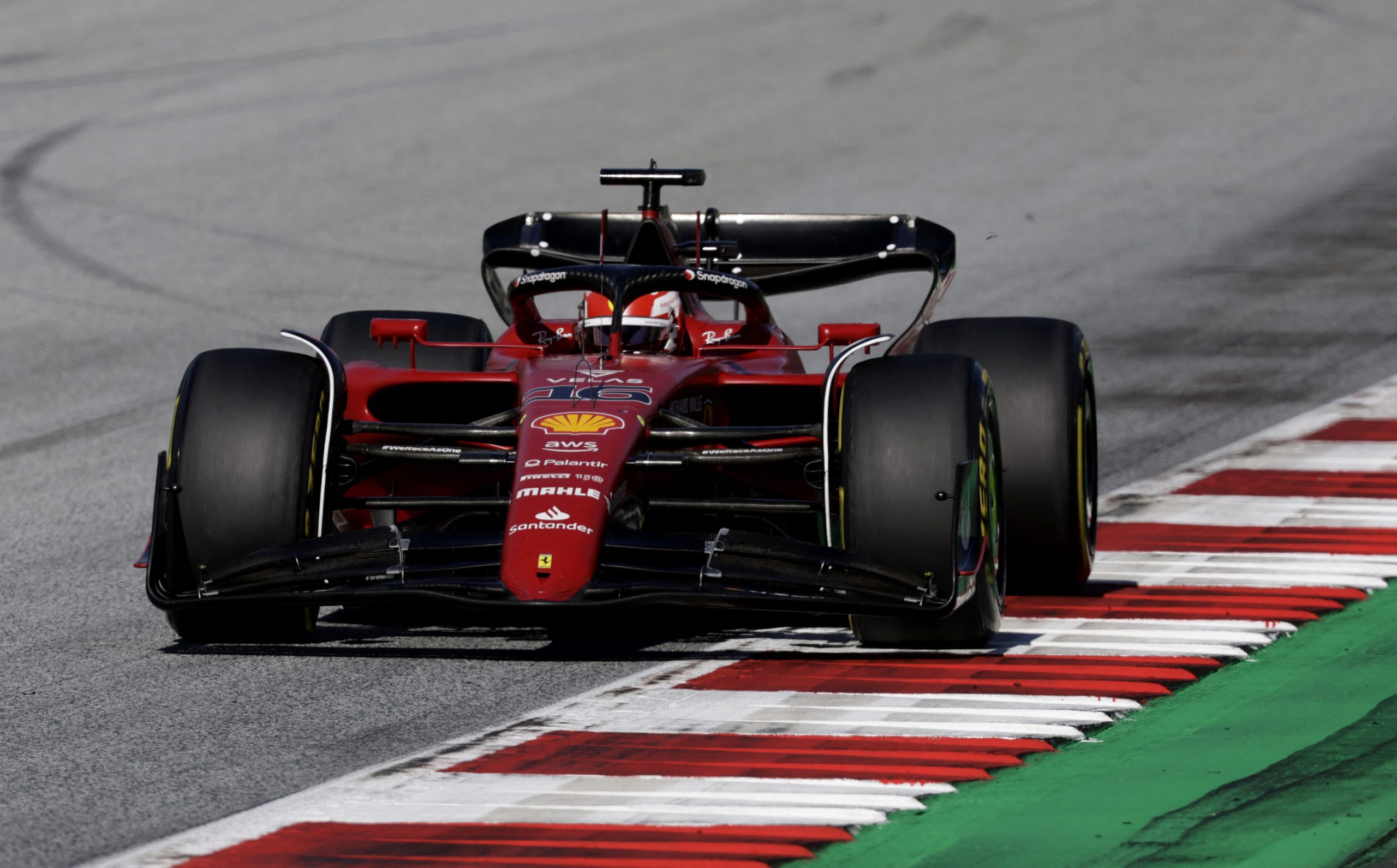 Former Ferrari driver Gerhard Berger doesn’t believe the Scuderia are ready to fight for the Formula 1 World Championship, but he does think Charles Leclerc is.

The Italian outfit have reignited their championship hopes after back-to-back victories in Britain and Austria, helping them close the gap to Constructors’ Championship leaders Red Bull to 56 points.

Leclerc‘s win in Austria means he now trails Max Verstappen by just 38 points in the Drivers’ Championship, however Berger believes Red Bull hold the advantage over their rivals after their close championship battle with Mercedes last season.

“I think Verstappen is even better than last year,” Berger told the F1 Nation podcast.

“I think winning the championship takes a lot of pressure away from you. People say to me ‘Ferrari are doing so many mistakes’ and I say ‘well, last year, nobody would believe Ferrari would make such a big step forward on the technical side’.

“As a Ferrari fan, if you had the possibility to say ‘Ferrari are going to be second next year with such a car’, everybody would say ‘great’.

The last time Ferrari won a World Championship came back in 2007, when Kimi Raikkonen beat out the McLaren duo of Lewis Hamilton and Fernando Alonso by one point.

Berger believes Leclerc has what it takes to end the Scuderia’s drought given the pace of the F1-75, though he believes the Monegasque driver must cut out mistakes that could prove costly come the end of the season.

“He did one or two mistakes this year, which shouldn’t happen if you’re really serious for the championship,” said Berger. “Imola, for instance. Just finish in third and take the points.

“This is where Lewis impressed me so much, Lewis is just always there. Whenever the door is open, he’s on the podium and takes the points as much as he can.

“Leclerc still needs a little bit of experience but, in general, is absolutely a guy that can win championships.”