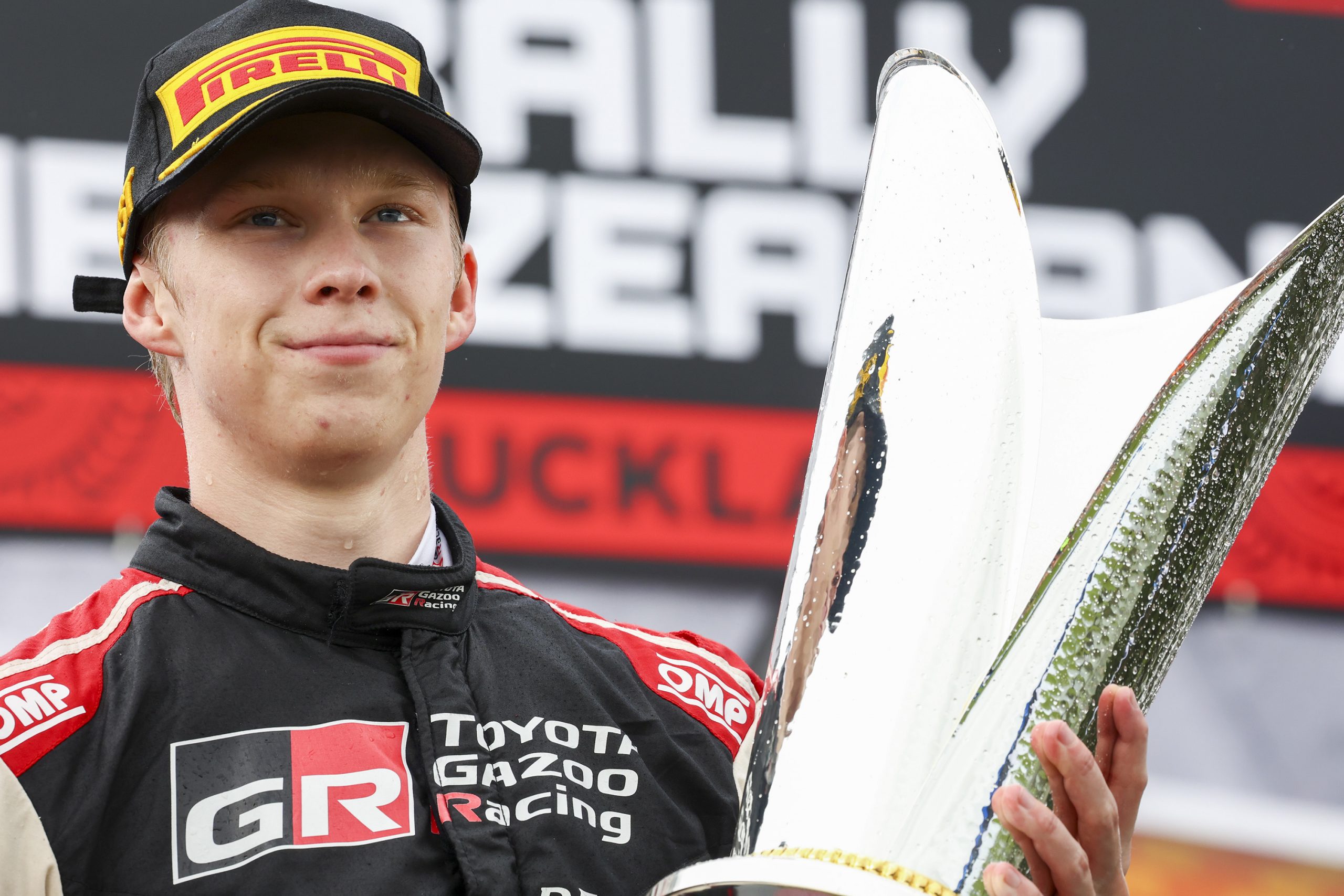 The 2022 World Rally Championship wasn’t particularly memorable in terms a tight title fight but what we did see was the emergence of Kalle Rovanpera and perhaps the start of a new era.

Rovanpera is without doubt one of the most talented drivers in the whole of motorsport right now due to his sheer speed and the way he thinks which is perfectly suited to the WRC.

He smashed Colin McRae‘s record to become the youngest champion by five years, one day after his 22nd birthday. This is a series where you are meant to take years to develop and hone your skills before even thinking about being a title contender.

A new season begins this weekend with the 2023 Monte Carlo Rally which might be the best chance anyone else has of putting Rovanpera under serious pressure.

Rovanpera will only get better

If you look at the legends of the WRC, your Sebastien Loeb, Sebastien Ogier and Carlos Sainz figures, they all peaked in their 30s.

Now, sport in general is seeing a shift to athletes being stars at a younger age, but it’s Rovanpera who is changing that trend in the WRC, similarly to Max Verstappen in Formula 1.

Staying at the top is harder than getting to the top, so this is the new challenge for Rovanpera. There will be more pressure and their is a target on his back.

With no regulation changes for 2023, Rovanpera should have the same amazing feeling he had for most of 2022 in his Toyota Yaris.

He is the overwhelming favourite as the combination of the robust Toyota and his consistency will be tough to beat. So who could challenge him?

This was the big silly season storyline for the WRC, Ott Tanak returning to M-Sport and Ford, 11 years on from when he first joined the team.

Having won the championship in 2019 with Toyota, Tanak made the surprising move to Hyundai but his three seasons with the squad weren’t exactly happy.

He won five events but was mostly frustrated by mechanical failures, bad luck and incidents.

If there is someone who can match Rovanpera for raw speed, it’s Tanak and we could have an epic season-long duel on our hands in 2023.

But, there are question marks about whether the Ford Puma is good enough for Tanak to mount a title challenge.

There is a chance Tanak could repeat the feat of Ogier by taking M-Sport to the title in his first season with the team, which would be remarkable.

Given, that Tanak is probably the best full-season driver M-Sport have had since Ogier in 2018, we will now see how good the car is.

Look at what Loeb did at the 2022 Monte Carlo Rally, winning with little testing, and was challenging for victory in Greece too before retiring.

There was definitely pace in the Ford Puma and now M-Sport have a superstar driver who can deliver its potential at every event.

What about Neuville and Evans?

Thierry Neuville‘s inconsistency has let him down too often during his WRC career which is why he is not a champion.

The unreliable Hyundai hasn’t helped either which is why it’s difficult to get excited about Neuville‘s chances in 2023.

With Tanak now at M-Sport, Nevuille will be the undisputed leader at Hyundai which may help him slightly. This is his best chance since 2019 to win the title but can he keep his head for 13 rounds?

We haven’t mentioned Elfyn Evans yet and that’s because he has the small problem of being Rovanpera‘s teammate.

The British driver will need some luck and to maximise every event to be in championship contention, it’s highly unlikely he will do it on raw pace.

Like Nevuille, you can’t help but feel Rovanpera‘s presence at the top has taken the WRC to a new level, which both drivers don’t quite have.

Ogier will be driving with Toyota at this weekend’s Monte Carlo Rally and could be a contender for the victory, repeating the heroics of Loeb with a part-time driver winning.

The 39-year-old is set to do at least five rallies this year, but has not confirmed which ones after Monte Carlo.

“I would love to do Le Mans again, but it’s difficult to do it part-time. I won’t say that 100 percent I will never come back and compete again [full-time], but right now you know it’s the same as I have said for a long time.

“I love my family and my son and I want to spend time with them. Let’s see what is happening in the future, but right now nothing has changed for me and my love for rallying. I am looking forward to returning to some of the rallies which I enjoy.”

As for Loeb, he has just finished the 2023 Dakar Rally where he came second to Nasser Al-Attiyah and will not defend his Monte Carlo crown.

He’s been quiet about whether he will even compete in the WRC this year, alongside his Extreme E commitments.