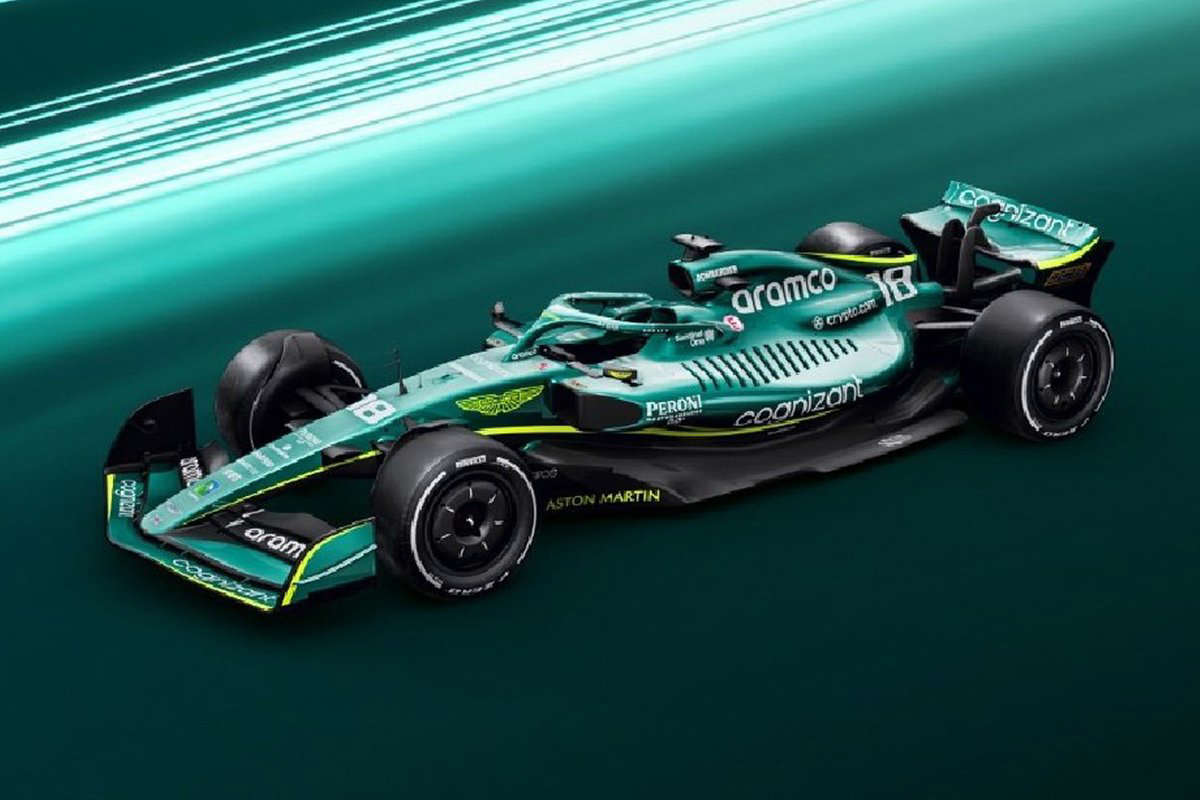 Ahead of the 2022 Formula 1 season, Aston Martin have launched their latest machine in the hope they can move up the midfield order.

Sebastian Vettel and Lance Stroll had a somewhat difficult season in 2022, and with the regulations overhaul, spirits are high at Aston Martin that they can have a much improved campaign.

The Aston Martin AMR22 updates the pink elements from 2021 with a lime green design, while the team also decided to reveal the real car rather than a render – Haas – or a show car – Red Bull.

“We are continuing our journey to the summit of Formula 1, the most prestigious and competitive racing series in the world – and we want to win,” team owner Lawrence Stroll said.

“But we know winning isn’t easy. That’s why we have a five-year journey and plan to keep climbing and get to the top.

“To win in Formula 1, everything has to be just in the right place, and a lot of moving parts have come together. The sport is constantly evolving, and unless you evolve with it, you will be left behind.”

Sebastian Vettel was also hopeful that the new car and new regulations could see Aston Martin move up the Formula 1 order.

“When it comes to hopes for the season, I do not think anyone really knows what to expect,” added Vettel.

“There are new rules and of course all the teams will be hoping that they have got it right. Everyone wants to win, me included, and no one would be in Formula 1 if their dream was not to win. I am no different.

“The main thing is to keep moving forward and moving up. This is only year two of a five-year plan, so we are still quite near the start. But this team has big ambitions and big plans, and I am hugely excited to be a part of that.”

Vettel’s teammate, Lance Stroll offered a note of caution ahead of the new Formula 1 season, insisting a better performance than last year would be progress enough.

“This is not only a big opportunity for Aston Martin, but also for all the teams,” said Stroll.

“We just have to believe that we have done a better job and I know that everyone involved is working unbelievably hard to give Seb and me the best chance.

“At the same time, we have to be realistic heading into the new season. Our main aim is to move nearer the front than we were last year. That would be progress.

“As Seb said, it is impossible to know where every team will be until we all get on track, and even then you might not know who has really got it right until qualifying in Bahrain.

“Aston Martin has some really clever people so I am optimistic we can make good progress this year.”