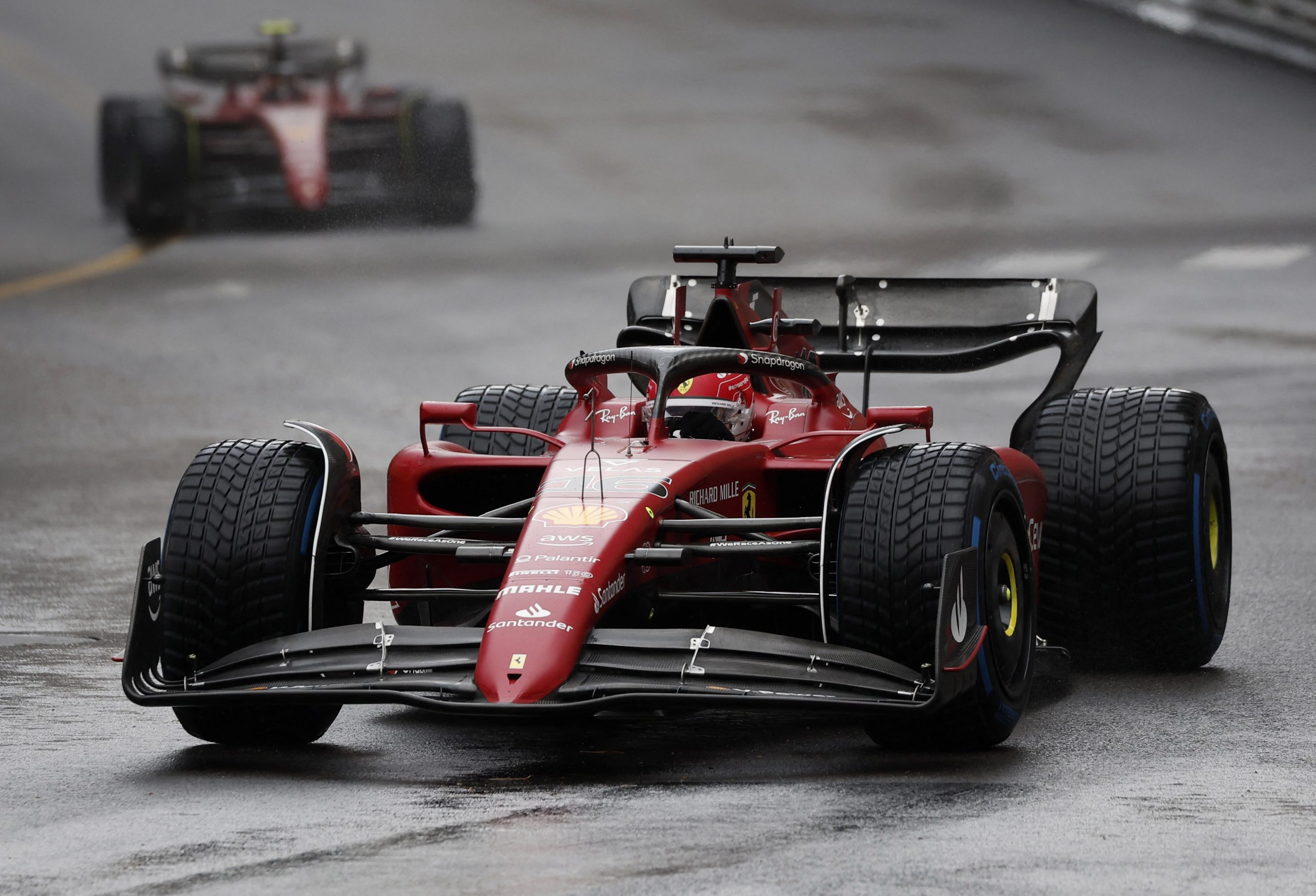 You don’t often see a team throw away an almost certain victory, but the 2022 Monaco Grand Prix will likely be remembered as the race Ferrari did just that.

After securing a front-row lockout around the notoriously tight confines of the Circuit de Monaco, the Scuderia looked poised to hit back at Red Bull following their unexpected one-two finish at the Spanish Grand Prix.

With Charles Leclerc leading the way in front of his home fans, the Monegasque looked set to finally deliver after years of struggles at the event, including last season’s failure to even start.

In the end, the 2022 edition of the Monaco Grand Prix did see Leclerc halt his run of bad luck at home. However, in what can only be described as a cruel twist of fate, his fourth place finish was possibly the most frustrating and disheartening of his career thus far.

It all went wrong when Red Bull made the move to intermediates with Sergio Perez.

The decision seemed to fluster Ferrari, who had a choice to make – either respond immediately or wait until it was time to switch to slicks, which came three laps later.

Instead, the Scuderia made the head scratching decision to pit Leclerc two laps later. While teammate Carlos Sainz remained out after letting it be known he wanted to bypass the intermediates and only pit for slicks, Leclerc was instead left in no man’s land by Ferrari’s indecision.

The real coup de grace came a few laps later, when Ferrari failed to consider the speed advantage Leclerc held over Sainz while on intermediates.

With the Spaniard called in to finally make the switch, Ferrari inexplicably told Leclerc to follow, before calling it off. It was too late however, and the Monegasque was forced to queue behind his teammate in the pits

A helpless Leclerc finally let his frustrations be heard as the reality of what was transpiring finally sunk in.

After looking like the fastest driver on track, Leclerc found himself fourth through no fault of his own.

Make no mistake about it: Sainz‘s second-place finish, while encouraging for the Spaniard, wasn’t enough to salvage Ferrari’s weekend.

On a weekend where the team were clearly the class of the grid, seeing Red Bull take another victory and double-podium must have felt like a bad dream coming off the Spanish Grand Prix.

That day, Leclerc retired after being let down by the team’s reliability, while Sainz‘s fourth was much too small of a return on a weekend when Ferrari once again had the better package.

Given how strong the Ferrari has looked this season, it’s somewhat head scratching that they’ve only managed to win two of the seven races thus far.

Unfortunately for the Scuderia and its tifosi, it’s a scene they’ve seen play out before. Back in 2017, the SF70H started the season as the car to beat.

The Ferrari was more drivable, easier on the tyres than the Mercedes W08 and better in slow and medium corners. The Silver Arrows still had their valuable Q3 ‘party mode’ which gave them the advantage in qualifying, but on race day, the Ferrari was the car to beat.

That was evident from the opening race in Australia, when Lewis Hamilton just couldn’t break away from Sebastian Vettel despite numerous attempts to do so.

The German eventually took the chequered flag, but only managed three wins from the opening seven races despite Ferrari having the faster car.

Vettel only managed two more wins from the final 13 races, with some bad luck with Safety Cars in China and Spain costing him along with costly mistakes in Azerbaijan and Singapore.

Ferrari didn’t help their championship push with reliability problems in Malaysia and Japan, as the team ultimately settled for the runner-up position in a season that could have delivered more.

Those same storylines carried over to 2018, with Ferrari starting strong and taking victory at the opening two races.

Mercedes didn’t claim their first win until the fourth race of the season, but once again, Ferrari couldn’t cash in on their early advantage.

While the two teams engaged in a tight aero and engine development race, the Scuderia couldn’t keep pace once the Singapore Grand Prix hit, as Mercedes and Hamilton eventually cruised to the title.

Add in a strategic qualifying blunders in Italy, when Ferrari opted not to give Vettel slipstream priority over Kimi Raikkonen, Singapore and Japan, and you see Ferrari‘s shortcomings at crucial moments is nothing new.

How will Ferrari respond?

The good news for Leclerc and Ferrari is Max Verstappen wasn’t in the winning Red Bull, with his third-place finish only extending his World Championship lead by three points.

It’s really the only positive for the Monegasque driver ahead of a trip to Baku in less than a fortnight for round eight of the 2022 F1 season.

How he and, more importantly, Ferrari respond to their tactical blunder will go a long way in determining whether the Monaco blunder was a one-off, or if another title challenge is beginning to go off the rails.

With 15 races still remaining, there’s no need for Leclerc or Ferrari to panic. Instead, they just need to deliver the results the F1-75 has shown it’s capable of achieving.