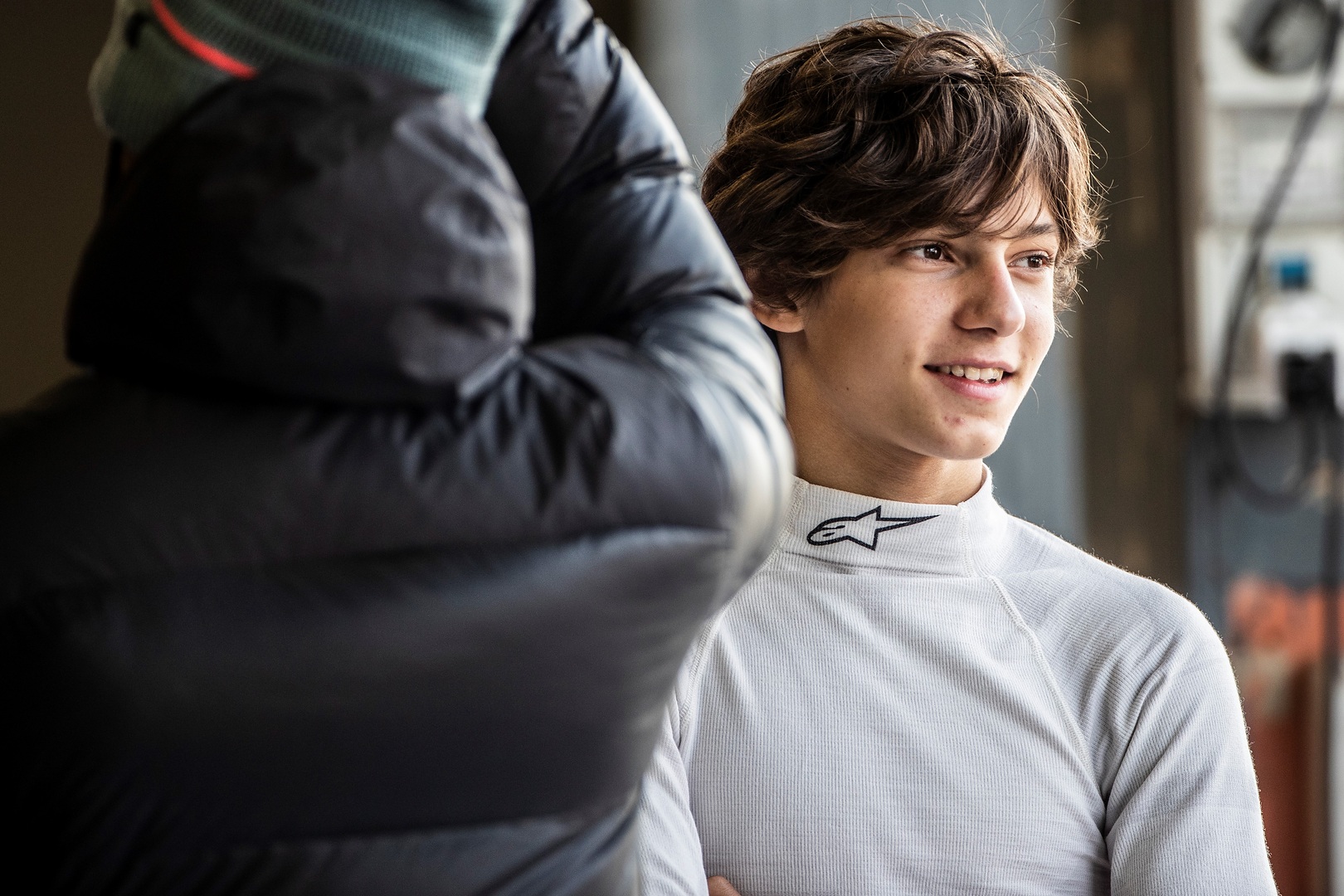 That’s a big statement isn’t it. The next Lewis Hamilton? Surely not. Remember the name, Andrea Kimi Antonelli. This guy is going to be a superstar, mark my words.

As much as we love to hype most young drivers who join the Formula 1 grid, very few go on to seriously challenge for the title.

Of course, F1 is thriving on an influx of youngsters who are outstanding including Max Verstappen, Charles Leclerc, George Russell, Lando Norris and arguably a couple more. It’s been unusual to have this much quality over the last decade, but we have got it and long may it stay.

Who knows whether we are at the beginning of a Verstappen era or building up to years of dominance by Ferrari or Mercedes? Maybe it will be something in between.

In 2026, F1 will have a new set of technical regulations and at the same time, there could be plenty of excitement about Antonelli making his debut. He could even be in F1 already.

That’s a long way away of course as Antonelli is racing in Formula Regional this year, which is a step below Formula 3.

Who is Andrea Kimi Antonelli?

At just 16 years old, Antonelli is arguably motorsport’s biggest up and coming prospect is his performances in karting and single-seaters so far are anything to go by.

The Italian, who was born in Bologna, was signed by Mercedes as a junior driver in 2019 having seriously impressed in karting.

Antonelli beat drivers more experienced and older than him in karting as he followed in the footsteps of Verstappen, Russell, Norris and Hamilton by winning the junior class of the CIK-FIA Karting European Championship, which is one of the biggest titles in karting.

Mercedes‘ Driver Development Advisor Gwen Lagrue was the person who spotted Antonelli which led to him signing for the German manufacturer.

“We were really impressed with him,” said Lagrue. “He’s very mature for his young age, is very patient and extremely clever. He’s fast, whatever the conditions are, and I’ve never seen him make a silly mistake.

“The love and passion for motorsport are obvious and he enjoys his racing, as I’ve never seen before. The way he is racing, overtaking, and building his race weekend is very special and we are really looking forward to seeing him move into single-seaters.”

Antonelli‘s father is Marco Antonelli who is a racing driver himself. Marco is not at the level of his son, racing in the European Touring Car Championship at his peak.

Since 2016, he has been competing in the amateur class of the Lamborghini Super Trofeo Middle East series and more recently in the International GT Open.

Several other karting championships were dominated and won by Antonelli such as the WSK Champions Cup and the ROK Cup in the Mini class, the WSK Open Cup, Euro Series, Final Cup and Super Master Series in OKJ, the WSK Euro Series, before he made the step up to racing cars in 2021.

Like many drivers, Italian F4 was the destination which Antonelli took part halfway through the 2021 season.

He didn’t look out of place, despite being just 15 years old, and challenged Ollie Bearman, who is highly rated himself, towards the end of the year.

Going into his first full-time F4 campaign, Antonelli was just sensational. The season didn’t start well as a gearbox issue when set to win the season-opening race forced him to retire and he had contact with his teammate in Race 2.

From Misano onwards, which was the second venue of 2022, he won 13 of the 17 remaining races. That’s not normal.

Alongside Italian F4, Antonelli competed in ADAC F4, which is the German F4 series with a few other classic European tracks thrown onto the schedule.

Seven consecutive pole positions and seven victories from the opening eight races – most were won with ease.

Antonelli missed the three races at the Lausitzring but still dominated the championship to win by 47 points from Britain’s Taylor Barnard.

We’re not done yet. At the end of October, Antonelli did something spectacular by winning the F4 category in FIA Motorsport Games with a broken wrist.

He took pole position at Paul Ricard, where the event was held, by 0.681 but at the end of qualifying, he had a collision and broke his left wrist.

It meant Antonelli was forced to mainly drive with one hand, using the left hand to shift down gears. Remarkably, he won the qualifying race and went on to win the main race by 6.9 seconds.

You would think there is no point risking further injury, but Antonelli showed a lot of character which we may see more of over the next few years.

How good is Andrea Kimi Antonelli?

It would be a huge shock if Antonelli does not become an F1 driver. It’s a matter of when rather than if.

He has so much raw talent, like an Ayrton Senna or Verstappen, but also controls races and keeps such a calm head like an Alain Prost or Hamilton. Old head and very young shoulders is the phrase, coupled with incredible speed.

You can never predict if a driver will definitely be an F1 world champion, but this really feels like when the first murmurs of Verstappen and Hamilton came about. That’s the level we are talking about here.

As Toto Wolff says, it’s a case of “watching Antonelli rise to F1 and win races”. To read that from someone who is nearly always glass half empty tells you a lot.

What next for Andrea Kimi Antonelli?

Antonelli will remain with Prema, the team he drove with in his F4 campaigns, as he makes his debut in Formula Regional Europe Championship (FRECA) this year.

He will compete in the Middle East championship of Formula Regional, which begins on January 13 and runs until and 19, before the FRECA season gets underway in Europe in April.

“I’m delighted to be making the move up to this new series,” said Antonelli. “The experience in FRECA will be a completely new one with a car to learn from scratch, but I cannot wait to get started.

“There is a lot of work to do to prepare for next year and line up on the grid in top shape, and I will do my best to be up to the task.”

Mercedes are keen for Antonelli to move up the road to F1 ladder step by step, rather than jumping levels by giving him a seat in F3 for example.

It’s the opposite of what Red Bull did with Verstappen as he went from karting to F3 to F1 in the space of two years.

“We were really impressed by how Kimi adapted to single-seaters and by his results in his first full F4 season, so we are obviously looking forward to seeing his development in the future,” added Rosin.

“However, the step to FRegional is not an easy one and we had the chance to see it in the last couple of years. We feel that we need to avoid boosting the expectations too much to enable Kimi to work smoothly and without too much pressure.

“I’m sure that, with our help and with the support of the Mercedes-AMG F1 Team, he will quickly become a contender.”

Should Antonelli continue to impress this year, the next step would be F3 where racing in the F1 support series programme will only heighten expectation and make more people aware of his name.

By 2025, he could be in F2 or maybe even F1 if he performs well and Mercedes decide to jump a ladder.

They may have the best of the next generation coming through though because Andrea Kimi Antonelli is special. Remember the name.