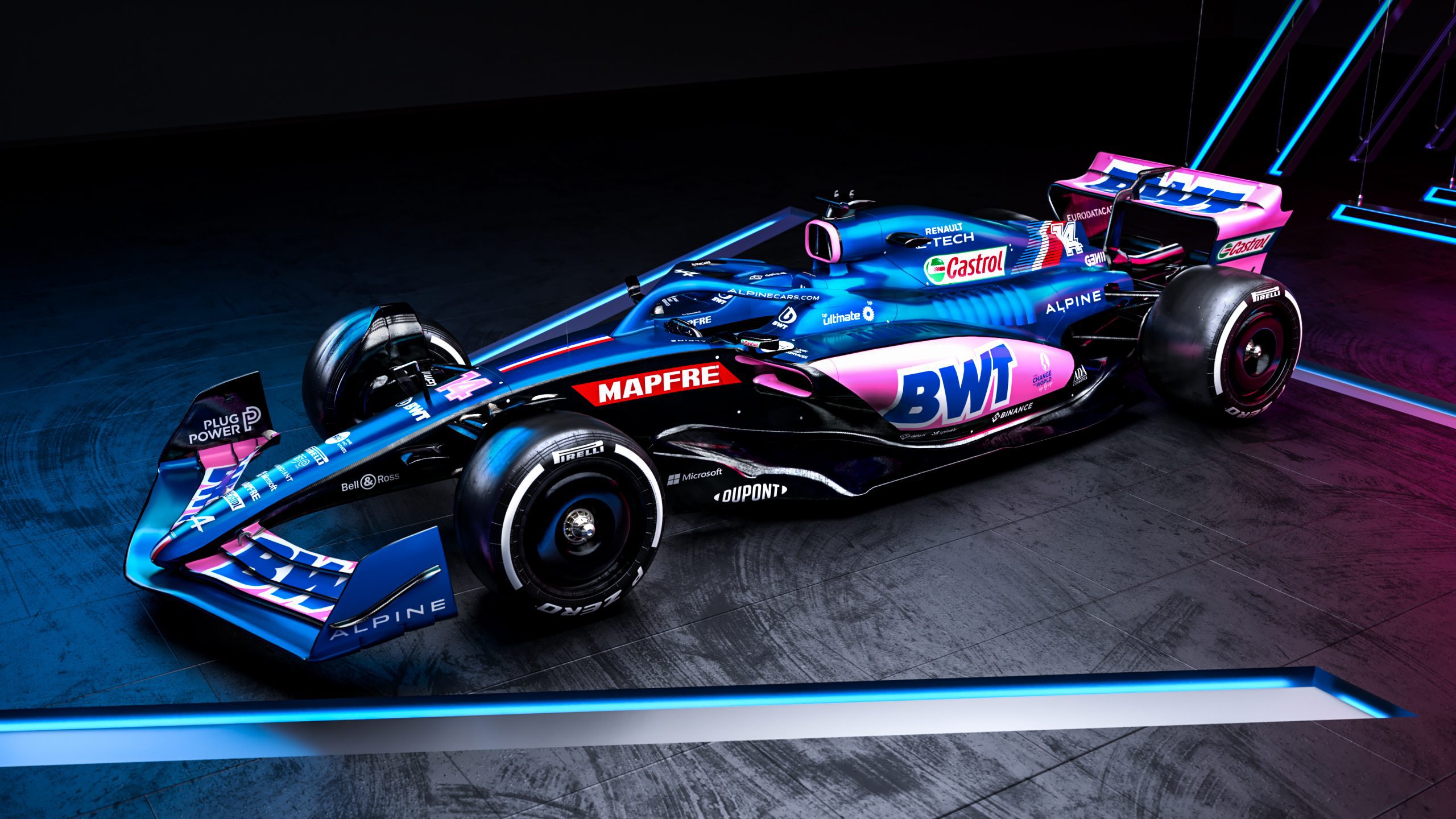 Alpine are the penultimate team to show off their 2022 Formula 1 car, with the French constructor unveiling the A522 challenger as they look to build on last year’s campaign.

With Mercedes and Red Bull in a class of their own, Alpine finished the 2021 F1 Constructors Championship in fifth place, though they did have reason to celebrate with Esteban Ocon grabbing the team’s first win in Hungary, while Fernando Alonso put in a string of impressive drives.

Alpine indicated that staff have been working on the car for 18 months, with bases in England and France working in tandem. Along with a new chassis to comply with the 2022 regulations, the team also unveiled an all-new RE22 power unit, and a flipped livery which will be used for the first two races of the season with pink becoming the most prominent colour, to highlight title sponsor BWT.

“It’s good to be back and I’ve been working hard to be ready for the new season,” Alonso said.

“The build-up has been a long time coming after the rule change was delayed due to the pandemic. The car looks fantastic with the new regulations in place and I like the new livery.

“We have a new engine and we’re confident we had a good development in place for this new generation of car. We won’t know where everyone stands until Bahrain, but we’re excited to take the car for its first spin in testing this week.

“I hope the new regulations have worked and we get more exciting wheel to wheel racing this year.”

With the new F1 regulations coming in for 2022, Alpine also spent the winter doing some restructuring with Otmar Szafnauer coming in as the new Team Principal, and Bruno Famin in charge of the engine division.

Those appointments came after Marcin Budkowski left the team and Davide Brivio was moved from his F1 focussed role as Racing Director to a new position as Director of Racing Expansion Projects, which encompasses all of Alpine’s categories.

Alpine’s aim is to fight for the championship and to do so within 100 races of the new regulations starting, something which the team believe this new structure will aid.