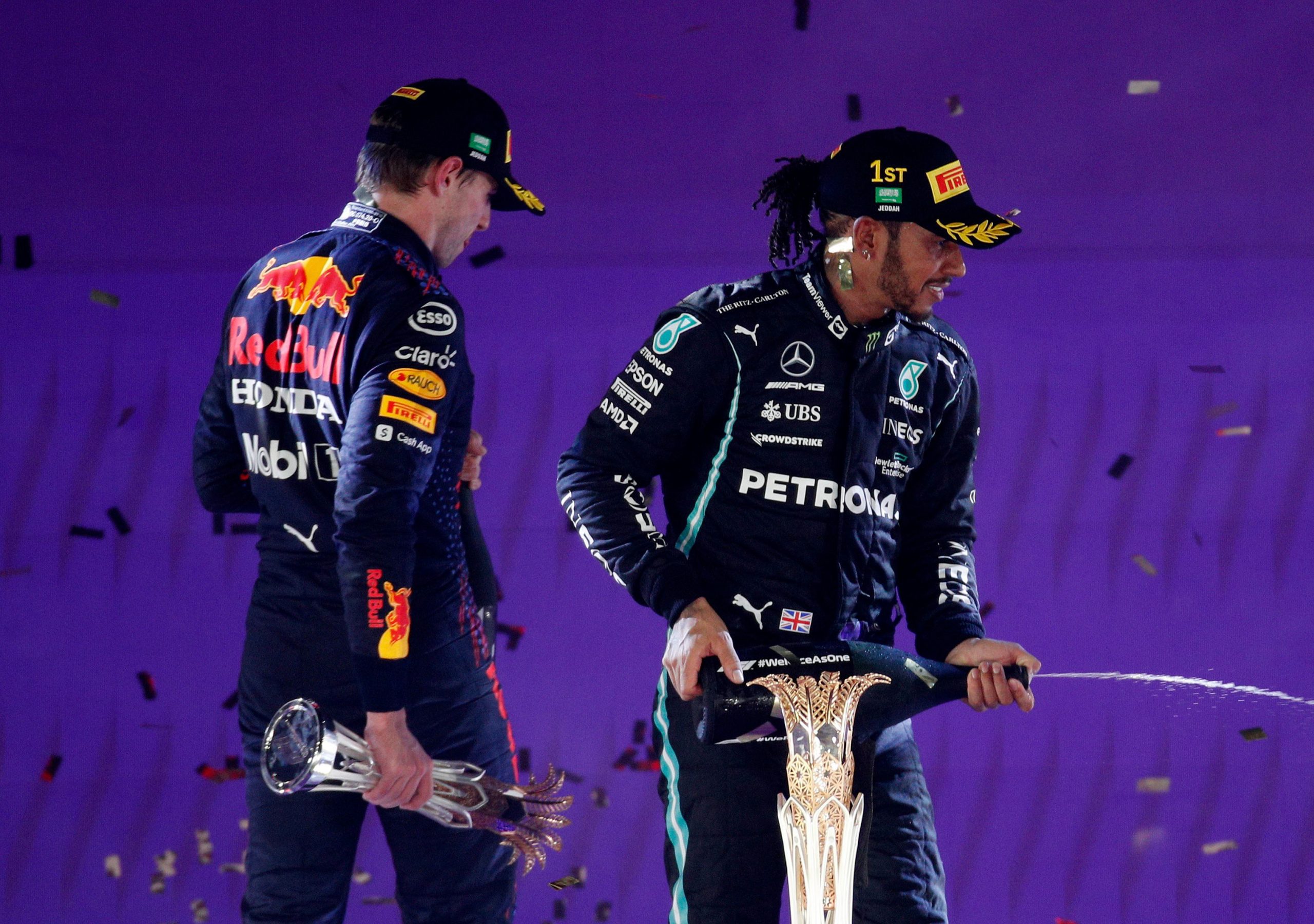 And we are back to where we began as Lewis Hamilton won an eventful Saudi Arabian Grand Prix ahead of Max Verstappen to leave the pair equal on points atop the Formula 1 Drivers’ Championship.

Hamilton led from pole position, but after two red flags and eventual restarts it was Verstappen who eventually took first place ahead of his Mercedes rival.

Hamilton though reeled him in before they collided on Lap 37 as Verstappen was instructed to let the Mercedes past. The damage wasn’t enough to affect Hamilton’s pace and he stormed off into the distance.

There was further good news for Mercedes as Valtteri Bottas overtook the Alpine of Esteban Ocon on the finish line, to claim third place.